The thrilling high school drama cut its latest mystery short when the fourth season of Riverdale was interrupted by the outbreak of coronavirus. Now the show is eying a January 2021 release date on The CW and Netflix for 2021, KJ Apa has shared a revealing first-look at Archie Andrews in the upcoming instalment.

Riverdale season 5: Will Archie be killed off in Riverdale? 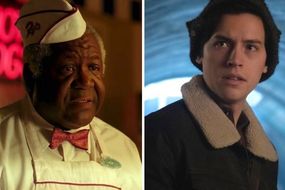 KJ Apa and the cast of Riverdale are officially back on set in Vancouver for production on the fifth season.

Series creator Roberto Aguirre-Sacasa took to Twitter to confirm the news, and Warner Bros. Television are hopeful the new season will be complete in time for a January 2021 release.

This means the fifth season of the provocative high school drama will be airing weekly once again on The CW in the States, and is expected to return to Netflix around the globe.

Earlier this year, fans were left frustrated when the end of season four was cut short by the outbreak of coronavirus.

Riverdale fans sent into meltdown as KJ Apa strips off for season 5 first-look at Archie (Image: The CW)

Riverdale: Archie bares it all in the first look at season five (Image: The CW) 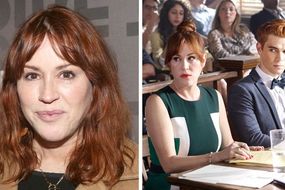 Riverdale became one of the first major TV productions to announce its delays after a member of the team came into contact with someone who tested positive for COVID-19.

In the most recent episode, Killing Mr Honey, the gang’s overbearing Principal, Mr Honey (played by Kerr Smith) appears to have been murdered by the notorious videotape killer.

Unfortunately, the mystery still hasn’t come to an end as the upcoming high school prom and finale episodes were delayed by the pandemic.

Now the series is back to a semi-regular schedule, KJ Apa has made headlines by stripping down for a revealing look at an upcoming scene in season five.

Riverdale: Production was cut short by the coronavirus pandemic (Image: The CW)

Riverdale: The cast self-isolated before returning to set (Image: The CW)

In the behind-the-scenes camera