MELANIA Trump's new bronze statue has been called "hideous" after being unveiled near her hometown in Slovenia.

The wooden statue had a round face, with wonky facial features and a very long chin.

After the original sculpture was torched, the US artist Brad Downey was asked to recreate the figure in bronze which was unveiled on Tuesday.

A plaque next to Ms Trump’s statue reads: “Dedicated to the eternal memory of a monument to Melania which stood at this location.”

But the sculpture sent social media users into meltdown as they branded the figure as “disturbing” and “hilarious”.

One user said: “Disturbing and resembles nothing found in nature. Nailed it.”

While another wrote: “Am I the only one that finds this ‘statue’ of Melania Trump absolutely hilarious?”

Some social media users took to Twitter to sarcastically say the sculpture is a perfect match for Ms Trump.

One Twitter user said: “The statue exudes the same warmth.”

While one user tweeted: “Still has more personality than the real thing.” 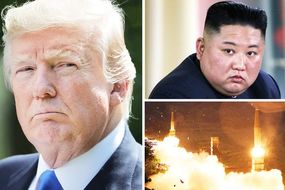 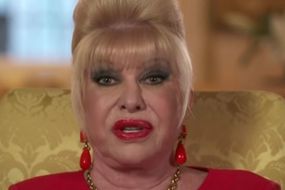