THE UK has barely a fortnight to act before COVID-19 spirals out of control, a group of independent scientists has warned, unveiling a 10-point plan which they said could save thousands of lives - with a second wave inevitable if nothing is done.

Neuroscientist Professor Karl Friston has said it is now time to move away from remote call centres and instead rely on local expertise - an approach he described as 'shoe-leather' epidemiology. Shadow Health Secretary Jonathan Ashworth was among those taking part in a briefing organised by Independent SAGE, a group of scientists working together to provide independent scientific advice to the UK government and public.

Christina Pagel, Professor of operational research at University College London, told the briefing the nation was "not in a good place" and "on a knife edge", stressing action needed to be taken immediately to prevent a second wave.

New modelling by Prof Friston, of University College London, suggests the countury has "only two to three weeks" to improve contact tracing before the situation becomes impossible to contain.

Speaking before the briefing, an Independent SAGE spokesman said: "We are in a crisis.

"Infections and hospital admissions are rapidly increasing. The testing system has broken down and it will be weeks before it is sorted."

Boris Johnson has been warned the virus could spiral out of control in two weeks (Image: GETTY)

The spokesman added: "If nothing changes, there will come a point soon when the situation is so far out of control that the only possible response will be a second national lockdown and our lives will be completely disrupted once again.

"No one wants this to happen. But we can only avoid it if we take urgent action.

"We must take action now to regain control of the pandemic and drive down infections now.

JUST IN: Will this EVER end? Brexit legal battle 'could last years' 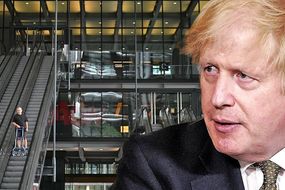 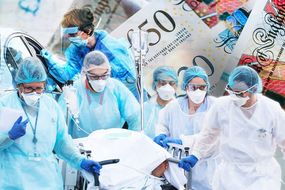 The headline from the quantitative modelling of recent trends in new cases is clear: now is the time for 'shoe-leather' epidemiology

"The virus will continue to pose a threat for months, if not years, but for now we need a comprehensive plan that includes measures that we can take immediately and a strategy to rebuild our broken test