STEPH MCGOVERN - who is a former BBC Breakfast presenter - has addressed having the freedom to voice her own opinions, after leaving the broadcaster to front Packed Lunch on Channel 4.

Steph McGovern announced her departure from BBC Breakfast last year, shortly before the birth of her daughter in November. The Channel 4 host is now the face of her own daytime show Steph's Packed Lunch.

The 38-year-old explained that it's "nice to not worry" about airing her views and remaining impartial since her move away from the BBC.

Her comments come after the corporation's new director general Tim Davie shared his plans for a “crackdown” on the broadcaster’s impartiality rules.

He said in a speech earlier this month: “If you want to be an opinionated columnist or a partisan campaigner on social media then that is a valid choice, but you should not be working at the BBC.”

Steph explained that following her move it's "nice" to have the freedom to express her opinions. 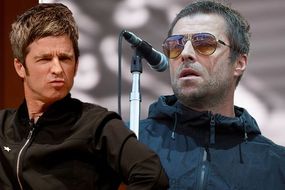 In an interview with Express.co.uk and other publications, the Channel 4 host said: "That's interesting because, like you say, I'm allowed to have other viewpoints.

"But I don't think I particularly have any outrageous views."

In regards to her new show, the mum-of-one admitted that she is likely to share the views of her guests and the audience.