Brian May is best known as Queen’s guitarist, but the 73-year-old also holds a PhD in astrophysics and is a publisher of stereoscopic photography. Now he’s combining these passions for new book Cosmic Clouds 3-D: Where Stars Are Born. Teaming up with astronomy writer David J Eicher, the book takes readers into the story of the birth, death and recycling of stars in nebulae. 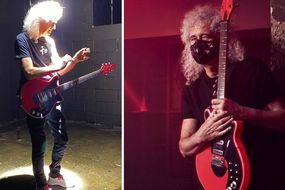 Queen's Brian May releases NEW music 'This track kicks a**'

And on September 23 at 8pm, the world is invited to the online book launch for a virtual journey into the night’s sky, as the Queen legend makes his first public appearance since lockdown.

Hosted by the Science Museum, the free YouTube event can be viewed in 2-D or even 3-D for those who have a pair of May’s very own 3-D Owl Viewer.

Speaking exclusively with Express.co.uk, the rock star physicist shared why the book and event are so important to him.

One of the 3-D images that features in the book (Image: PRESS) 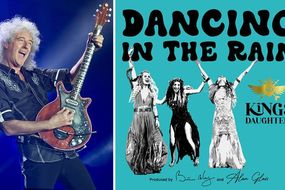 May said: “I believe this is an important book in its own right, because an up to date and in-depth account of nebulae is long overdue out there.

“With all this current interest in life in other parts of the universe, a study of nebulae is crucial, because the nebulae, the cosmic clouds are the beginning of everything, and in a sense we can regard the seeds of life itself as being nested in those exotically coloured and fantastically shaped clouds, billions of miles away in the neighbouring space of our galaxy.

“But I have another reason to be proud of this book. It fulfils part of my dream to bring art and science together, and in particular to bring stereoscopy and astronomy together.

“This is the first book published in