SELLING SUNSET follows real estate agents at The Oppenheim Group in LA, and agent Mary Fitzgerald is married to Romain Bonnet. What does Romain from Selling Sunset do for a living?

Selling Sunset is on Netflix now and fans saw Mary Fitzgerald marry her fiancé Romain Bonnet during a stunning ceremony. Bonnet appeared throughout season three as the couple was looking to buy a new house together. Express.co.uk has everything you need to know about what he does for work.

{%=o.title%}
What does Romain from Selling Sunset do?

Selling Sunset follows the professional and personal pursuits of the real estate agents at The Oppenheim Group as they attempt to sell some of the most luxurious homes in LA to land huge commissions.

Fans were introduced to Bonnet as Fitzgerald's fiancé, and he has since become one of the main cast members.

Viewers have fallen in love with the Selling Sunset star as he is not afraid to call the other agents out on their behaviour.

He fell out with Davina Potratz in season two and said he did not want her to be a part of their wedding.

Fans are right to presume Bonnet is not a realtor like his wife, he is, in fact, a model and former chef - but he has taken on a new role at The Oppenheim Group.

Selling Sunset: Romain has been working at The Oppenheim Group (Image: Netflix) 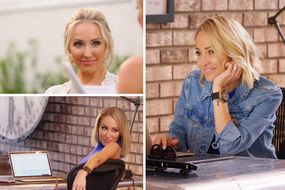 The model is also skilled in scuba-diving and ice skating, and fans were shocked to learn he was also an avid pastry chef.

Since lockdown amid the coronavirus pandemic, Fitzgerald revealed her husband had been doing some work for The Oppenheim Group, as a project manager.

Fitzgerald told Women's Health: "He does construction now, he's a project manager for a bunch of our listings, a lot of people don't know that.

"So he's been working on all of our projects." She went on to call her husband a "great leader" and said he had been very busy due to high demand during the pandemic.

They have both been working through quarantine as Fitzgerald said they were classed as "essential workers".

Selling Sunset: Mary and Romain made up in season 3 (Image: Netflix)

The star is on Instagram and his bio states he