YELLOWSTONE season 4 is in the works but there is much doubt about the future of Rip Wheeler and Beth Dutton's wedding after it looked like she could have been killed off. But could the pair get married and finally get the happy ending they always longed for?

Yellowstone has left viewers on a huge cliffhanger with many worried about the fate of several major characters including Beth Dutton (played by Kelly Reilly), her father John (Kevin Costner) and Kayce (Luke Grimes). However, some fans of the Paramount Network drama are also wondering about Beth’s romance with ranch handler Rip Wheeler (Cole Hauser) and what it could mean for their future.

{%=o.title%}
Will Beth and Rip get married as wedding put in jeopardy?

Beth and Rip have had a tumultuous romance over the years after the pair got together as teens.

Season three revealed Beth fell pregnant with Rip’s child but got a termination as they were both teenagers at the time.

The abortion ended in disaster after Jamie Dutton (Wes Bentley) knowingly let Beth go under the knife to be sterilised rather than just have an abortion – something which she never forgave him for.

Despite being damaged and attacked previously, Beth and Rip found some semblance of happiness in season three and she proposed to him. 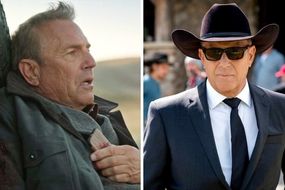 They were planning to get married with Rip even asking Lloyd (Forrie J. Smith) to be his best man.

However, the sound of wedding bells seems like a distant prospect for Beth and Rip now her life is on the line.

Although the cast and crew aren’t giving anything away, it’s not looking good for Beth at all after she appeared to be taken out by a bomb.

Actress Reilly seemed to suggest on her Instagram account Beth’s time was up after posting an image of her character and a caption which sounded quite final in its wording.

sport news Shane Warne lays into Marlon Samuels and urges him to 'get help' after racist ...