ELVIS PRESLEY famously only had one daughter: Lisa Marie Presley. But how many grandchildren would he have if he were alive?

Elvis Presley had one daughter with his only wife Priscilla, who was born exactly nine months after their wedding day. Lisa Marie Presley was famous before she was even born thanks to her father, and this would likely continue for her own children. She went on to have children - so how many grandchildren would Elvis have if he were alive?

Lisa Marie Presley was born on February 1, 1968, and had a great deal of contact with her parents until her father’s tragic death in August 1977.

After this, she and her mother were close as they grew up, after which Lisa Marie went out to find her own path.

In this time she had four children: Danielle, Benjamin, Harper and Finley, though the children are fairly split apart in age and were born to her and two of her four husbands.

Her eldest two children, Danielle, known as Riley, and Benjamin, were born to her and her first husband, bass player Danny Keough.

READ MORE: Priscilla Presley: Did Priscilla marry anyone other than Elvis?

Elvis Presley - how many grandchildren does he have? (Image: Getty) 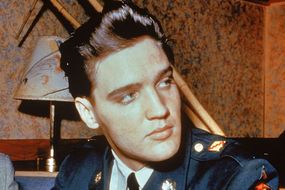 Danielle Riley Keough, born May 29, 1989, and known professionally in the acting world as Riley Keough, has appeared in a number of films from director Steven Soderbergh.

Lisa Marie’s son Benjamin Storm, born on October 21, 1992, was not a public figure in the way his mother and sister are.

However, the 27-year-old was often commented on due to his strong resemblance to his grandfather, Elvis Presley.

Lisa Marie even spoke of this herself in an interview, once saying: “Ben does look so much like Elvis.