DONALD Trump has been ranked lower than Russia's leader Vladimir Putin and China's President Xi Jinping in a study of the world's most admired men.

The US President was also placed lower than his predecessor, Barack Obama, in YouGov’s recent poll. The study asked 45,000 people from 42 different countries and territories to rank the men and women they admire the most.

Former President Barack Obama scored the highest, placing him at the top of the men’s list.

Mr Obama overtook the American billionaire Bill Gates for the most admired man in the world for the first time since the poll began in 2014.

His wife, Michelle Obama, also maintained her position at the top of the women’s list.

But Mr Trump only ranked 15th place on the men’s list which was one place down from last year.

The YouGov poll was taken between January and March this year.

Participants were questioned from countries that have more than seven-tenths of the world’s population.

They were asked: “Thinking about people alive in the world today, which [man or woman] do you most admire?”

A second round of studies, which finished in September, was then taken with a list of 20 men and 20 women. 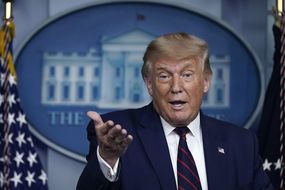 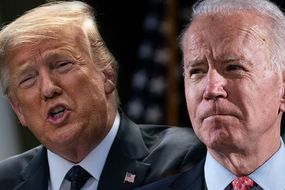 Donald Trump tipped to win US election by Australian Senator

People were asked to make a selection of who they admired most from the lists.

Olivia Culpo and Devon Windsor party in their bikinis for sizzling Instagram ...