MELANIA Trump has become known for her stylish looks while serving as the US First Lady. Since taking on the role, an expert explained why she has become more "serious".

Melania Trump, 50, is the US First Lady and the wife of Donald Trump, 74. While he has been in office, Melania has made a notable change to her appearance.

Melania has been the First Lady of the United States for nearly four years.

Before this, she was not shy of attention and would regularly be photographed when out with her husband.

At the time, the mother-of-one had a signature style which has since changed, Gianni Casagrande of shoe brand Moda in Pelle told Express.co.uk.

He said: "As the old phrase goes, the clothes maketh the man, but when it comes to Melania Trump, America's First Lady, she is certainly sending a strong message of who she is via her sartorial choices.

Melania Trump: Her style has changed while in the White House (Image: GETTY)

"Melania is a fan of bold colours and tailoring, and isn't afraid to stand out and wear something eye-catching."

The former model has developed a strong look while in the White House.

While the changes have been obvious over the last few years, she may have started updating her look as far back as 2000.

Gianni continued: "We’ve seen a distinct change in Melania’s style since Trump was inaugurated in early 2017, though the transformation began much earlier. 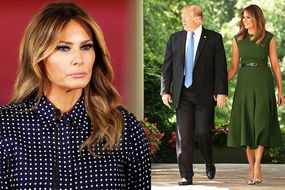 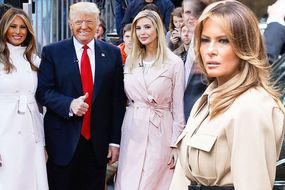 Melania Trump and Ivanka share 'close' bond for this reason

"Donald’s bid for political office began way back in 2000.

"Since then Melania’s style has been moving away from fun-loving party girl to serious political figure, but still keeping to a few of her signature features.

By opting for striking but slightly conservative looks, the expert