Mandy Dingle (played by Lisa Riley) has had a very turbulent relationship with newcomer Paul Ashdale (Reece Dinsdale) since she returned to the Emmerdale village last year. Despite having a period of 18 years away from one another, the pair seem to have rekindled some sort of romance since being reunited on the ITV soap. It’s clear the pair are still harbouring feelings for one another, especially as they share a son together in Vinny Dingle (Bradley Johnson). However, the youngster’s father is still struggling with a gambling addiction and if he prepares to make a future with the love of his life, could his issues ruin their wedding day? 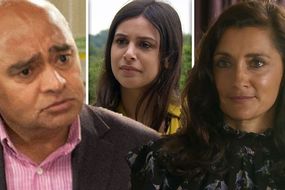 Soap star Reece, 61, recently teased his character is on a mission to be the man Mandy deserves, hinting wedding bells could soon be on the horizon.

Speaking with Express.co.uk and other publications, the actor said: “They’re nearly, in some ways, so very alike.

“I think they’re two peas in a pod. They both know how to play the game but it becomes apparent there’s a massive connection between them both.

“Whether it be the sense of humour or sexual chemistry - he knows it was never as good as it was with Mandy and it was only because of what he’d been up to in the past with his gambling and things that spoilt it all.”

However, the newcomer did state when his character arrived in the village, he knew his former lover wasn’t going to be a “pushover” and he would have to work hard to get back in her good books. 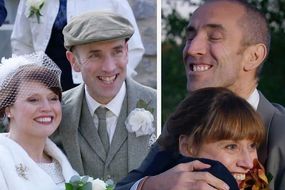 “But I think he feels it’s worth persevering and he just knows there is an attraction,” Reece continued, adding: “He’s ready to make amends.

“His intentions are good and I think he really has the hots for her,” the actor said but teased his old habits could cause problems for them in the future.

"There’s always a chance he can fall off the wagon and revert to his old ways. He’s got demons he fights and fights them every single day.

“But whether he does

PREV 'It can't last forever:' Is the clock ticking on WA's hard border closure?
NEXT Jamie Redknapp in admission about family ‘rows’ ‘That’s not easy’