Naga Munchetty welcomed James Cleverly onto the show this morning as the presenter grilled the Foreign Office Minister on the Government’s Brexit negotiations. However, the BBC Breakfast host cut off Cleverly after the Tory MP slammed Munchetty for “repeating wrong information” during the heated debate. 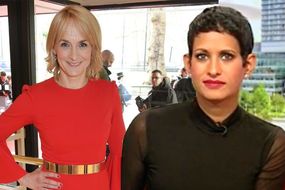 “‘We can get that Brexit deal through in days, it is oven-ready and all of the Conservative MPs have elected to vote for it immediately.’

“He spoke of a deal that was ‘oven-ready, ready to go, put it in at gas mark four and Bob’s your uncle,’ these are his words.

She added: "Why are we reporting, why are we talking about fractious relations between negotiators negotiating this deal now with EU leaders and where’s the over-ready deal?” 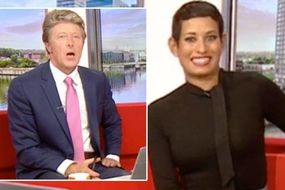 “The deal you were referencing and quoting the Prime Minister on was the Withdrawal Agreement Act.

“The deal that every single Conservative candidate at the General Election said they would support.

“We got the majority, they did support it, it went through, we left the European Union.”

Nightclub is fined £10,000 after police find hundreds of revellers dancing in ...