MEGHAN MARKLE made a big decision based on what she was told to do by Ellen DeGeneres, she once revealed.

Meghan decided to adopt her first dog, a labrador-shepherd mix called Bogart, after Ellen encouraged her to get it. The chat show host recently apologised after allegations surfaced of a toxic work culture on her programme resisted in an internal investigation. Nevertheless, the 18th series of her widely popular TV show The Ellen DeGeneres Show is now airing again.

Meghan and her husband Prince Harry recently moved to Montecito, where Ellen will be a neighbour, but this is not the first time she has rubbed shoulders with the celebrity - they first met at a dog adoption agency.

A big animal lover, Meghan has an adopt-not-shop philosophy when it comes to pets.

After she married her former husband Trevor Engelson, she decided she wanted a dog and the pair went to a pet adoption agency in Los Angeles.

There were two puppies ‒ a black one and a golden one ‒ who were just six weeks old and had just been rescued from being put down at a shelter.

Meghan Markle was persuaded to get her dog by Ellen DeGeneres (Image: GETTY)

The black one was eventually adopted by David Branson Smith, who ironically is the son of Sally Bedell Smith, who has written biographies about Prince Harry’s parents Princess Diana and Prince Charles.

She told Best Health in 2016 how daytime talk show host Ellen DeGeneres persuaded her to adopt the golden puppy.

Meghan said: “I was in LA and I went to this dog rescue [shelter] and they had gotten him and his brother.

“So I saw him and I was sitting there with him and then Ellen DeGeneres and Portia de Rossi walk in. 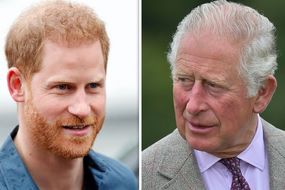 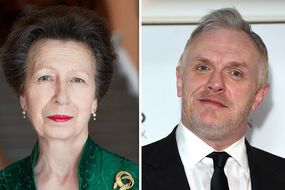 PREV What was the age difference between Michael Jackson and Lisa Marie Presley?
NEXT Goldman Sachs fined $US3 billion over Malaysian corruption scandal