Meena (played by Paige Sandhu) became ever closer to her sister’s husband Rishi (Bhasker Patel) as she opened up about the demons of her past to him during Tuesday’s edition of Emmerdale. The newcomer flirted up a storm with her brother-in-law, much to the disapproval of Manpreet (Rebecca Sarker), who was been kept in the dark about the secrets they had shared. However, when her other half caved in and told his wife what her sibling had told him, the general practitioner seemed to be plotting revenge as she could clearly see her spouse had taken a shining to the young female. In order to save her marriage, will Manpreet call on her sister’s estranged husband to come and build bridges with his wife in upcoming scenes on the ITV soap? 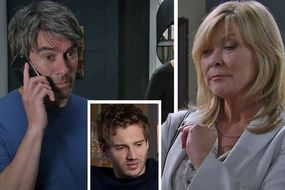 Following her arrival in the village and the revelation her marriage had broken down, Meena eyed up Rishi as someone who could help her out her hole.

However, she also wanted to make amends with her older sister so agreed to help Manpreet’s husband prepare a dinner for the three of them in the latest edition of the soap.

The pair were interrupted when the newcomer received a call from her estranged husband, who wanted to talk to her about their divorce.

Explaining to Rishi why her other half was being persistent, the troublemaker said: “You know, he reckons I won’t get a penny.

“He’s claiming because he paid for everything, it’s all his. Apparently, I’m nothing more than a money-grabbing cow.” 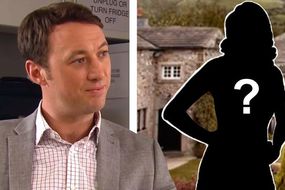 Emmerdale spoilers: Liam Cavanagh for new romance - but who with?

Trying to be a confidant in Meena’s hour of need, Rishi asked what her solicitor had said about the divorce proceedings.

“Not much as it turns out. We’ve got no kids - might have been a different story then,” the youngster said.

“Yeah, he brought the house before we met but so what? I put blood, sweat and tears into that place and the marriage come to think of it,” she added.

Manpreet’s husband then asked his sister-in-law how she could make some money for herself as he thought she was a nurse.

Emmerdale spoilers: Manpreet Sharma sensed something was going on between Meena and Rishi Sharma (Image: ITV)

PREV Brian May feels closest to Freddie Mercury when performing THIS – ‘It's ...
NEXT Jamie Redknapp in admission about family ‘rows’ ‘That’s not easy’