ROD STEWART has revealed he thinks the coronavirus pandemic is God's intent to wipe humans out because "we've spoilt the Earth", as the Maggie May hitmaker blasted President Donald Trump for pulling out of the Paris Agreement within the United Nations Framework Convention on Climate Change.

Sir Rod Stewart, 75, has argued that the coronavirus pandemic could be a punishment from God as humans have damaged the environment. The singer shared his theory while speaking to Virgin Radio host Chris Evans, 54, on his How To Wow podcast, which was released last week.

Rod also took the opportunity to hit out at President Donald Trump, 74, after he made the United States the only country in the world that will not participate in the Paris climate agreement.

The musician got onto the subject when Chris suggested the fight against coronavirus was even “weirder” than when the country battled the Germans in World War II because “there’s no silver bullet”.

Sir Rod agreed and added: “I think the good Lord’s intent on wiping us all out because we’ve spoilt the Earth, we’ve spoilt it.

“I think it’s too late to turn back now, I think global warming is going to spoil the Earth.

Rod Stewart says coronavirus is God’s intent to wipe us out as he blasts ‘p***k’ Trump (Image: GETTY•ITV)

Rod Stewart argued that the coronavirus pandemic could be a punishment from God (Image: GETTY) 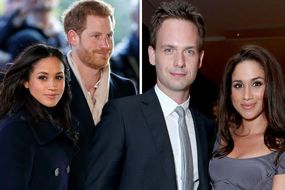 “Literally, I believe we’re too late”.

“Blimey, so we need rock ‘n’ roll more than ever,” Chris mused.

Rod then exclaimed: “Yeah we do, with that p***k in the White House pulling out of the Paris accord, that’s terrible.”