Pakistan’s Air Force Marshal, Mujahid Anwar Khan, claimed India is planning an offensive in an attempt to spread conflict. He expressed his fears while speaking at the Centre for Aerospace and Security Studies in Pakistan.

Mr Khan said that Indian forces will come within 5 kilometres to prove their dominance in the air.

He added that India will attempt to inflect “conflict beyond Kashmir and at international border”.

The Air Marshal said: "I would imagine India offensive in 18-24 months.

“As it received a sizeable number meteor equipped Rafale from France.

“Only this time she will enter deeper than 5 kilometres and engage multiple targets to stamp its superiority in the aerospace domain.

“I imagine India's willingness to spread the conflict in the air beyond Kashmir and possibly at the international border."

India introduced the new Rafale jets into its Air Force earlier this month.

India said it was ready to handle a possible two-front war with China and Pakistan (Image: getty) 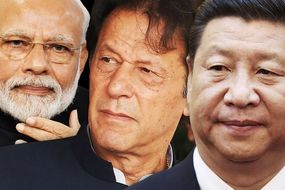 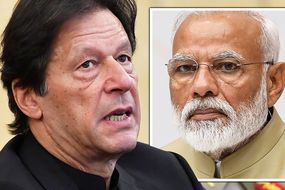 The Indian Air Chief Marshal said the country was ready