This Morning viewers may have noticed Trinny often sports a large silver ring from her make-up range, Trinny London. The ring holds a lip balm inside and the 56-year-old has been spotted wearing it several times both on and off screen. However, after bosses insisted she stop wearing the ring as it potentially breaches Ofcom rules, Trinny has revealed she threatened to leave the show. 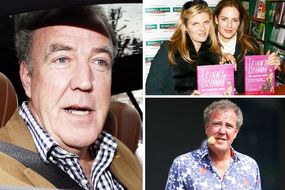 Speaking on The Emma Guns Show podcast, Trinny detailed: “I always wear this ring cause I always wear big rings.

“After a while I remember the editor said: 'Trinny you can't wear that ring!' I was like 'Why not?'

“He goes, 'Well because it's an ad for your brand.'

“I go, ‘Darling it's the ring or me. I'm very happy to give up fashion on This Morning, but this is my ring, it's me.

Trinny Woodall has been seen wearing a large silver ring on This Morning (Image: ITV) 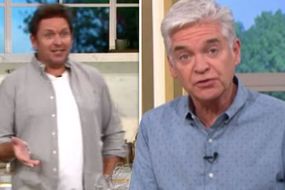 “I always wear big rings, people can make of it what they will.’”

An ITV source hit back: “In line with Ofcom guidelines there must be no undue prominence given in programming to a product, service or trade mark where there is no editorial justification, so any show would advise on screen talent of this."

Express.co.uk has contacted a representative for This Morning for comment.

This Morning received over 100 Ofcom complaints for their travel segment (Image: ITV)

It comes after This Morning

PREV Finley Curnow Wright was just eight years old when a trip to the optometrist ...
NEXT Jamie Redknapp in admission about family ‘rows’ ‘That’s not easy’