Last weekend, Amanda Holden watched on as Jon Courtenay was crowned the winner of Britain’s Got Talent. However, it won’t be long before the ITV judge is faced with making tough decisions again as she’s been announced as one-third of the celebrity panel for BBC One’s new mystery music game show I Can See Your Voice. 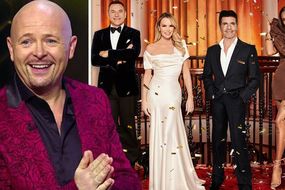 Amanda will join comedian Jimmy Carr and This Morning star Alison Hammond on the panel.

The contestants will have to guess who can and who can’t sing from a group of mystery singers standing before them.

Amanda, Alison and Jimmy will be helping the players and will be joined by a different popstar each week.

Amanda Holden has been announced as one-third of I Can See Your Voice’s celebrity panel (Image: GETTY•ITV)

Amanda Holden will be helping I Can See Your Voice players win prizes (Image: ITV) 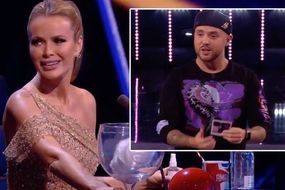 The mystery singers will have to perform a host of lip sync challenges and offer up hidden clues to the panel.

The contestants will be advised by the celebrity panel who will help them whittle down the group until there’s just one singer.

That singer will then perform a duet with the week’s guest popstar to see if the players chose correctly.

If the players accidentally chose a bad

PREV Your Daily Horoscope for Thursday, October 22 mogaznewsen
NEXT Jamie Redknapp in admission about family ‘rows’ ‘That’s not easy’