POLICE have rushed to a shopping centre in London after a man was stabbed in the latest knifing in the capital.

Police have raced to a London shopping centre following reports of a stabbing (Image: DELEOKE/TWITTER)

Emergency services, including an air ambulance, were called to the incident at Surrey Quays shopping centre just after midday. An 18-year-old man was found with stab wounds. 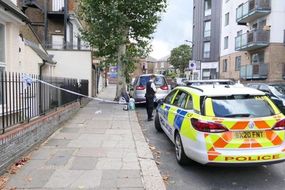 London stabbing: Police restrain man and rush him to hospital 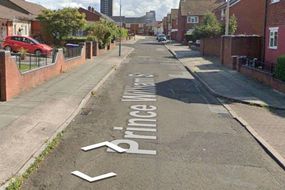 Liverpool stabbing: Man dies after being stabbed in chest

He has been taken to hospital and there is no update on his condition.

A crime scene is in place and no arrests have yet been made.

A dramatic picture shared on Twitter shows crowds gathered outside the shopping centre.

In a statement, the Metropolitan Police said: “Police were called at 12.15pm on Friday October 16 to reports of an assault at Surrey Quays Shopping Centre.

“An 18-year-old man was found suffering from stab injuries.

“He was taken to an east London hospital; we await an update on his

PREV Kate Middleton pregnant: Harry's 'note to sister' Duchess over pregnancy amid ...
NEXT Jamie Redknapp in admission about family ‘rows’ ‘That’s not easy’