JAMES REDFORD was an activist and filmmaker who was the son of Hollywood actor Robert Redford. How did Robert Redford's son James die?

James Redford was a well-known filmmaker who sadly died on Friday, October 16, aged 58. His father, Hollywood actor Robert Redford, said he was in mourning following the death of his son after he was diagnosed with liver cancer. His wife confirmed the news via Twitter, and his father's publicist, Cindi Berger said: "The grief is immeasurable with the loss of a child." The 84-year-old actor Robert, who is now retired, paid tribute to his son and his publicist added: "Jamie [James] was a loving son, husband and father. His legacy lives on through his children, art, filmmaking and devoted passion to conservation and the environment."

James was known for making documentaries including The Big Picture: Rethinking Dyslexia.

He was diagnosed with liver cancer in 2019 and had been awaiting a liver transplant.

He had been married to wife Kyle for three decades and she shared the news online, saying: "We're heartbroken. He lived a beautiful, impactful life and was loved by many."

He also left behind two children - Dylan and Lena Redford. Kyle shared photos of the whole family on Twitter in tribute to her husband. 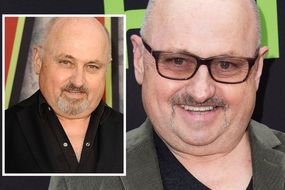 Clark Middleton dead: How did Twin Peaks and The Blacklist star die?

James had suffered from primary sclerosing cholangitis for nearly thirty years and he had undergone two liver transplants in 1993.

Following his experience he became an advocate for organ transplants, and set up the James Redford Institute for Transplant Awareness.

His documentary, The Kindness of Strangers, showed the life-changing impact organ donors have on patients they support.

His other documentaries include The Big Picture: Rethinking Dyslexia and Happening: A Clean Energy Revolution. All of his work focussed on hard-hitting social and environmental issues.