Harry and Meghan have become one of the world’s most famous couples over the last few years. Their 2018 wedding was hailed as a sign that the Royal Family was moving with the times by introducing a divorced, biracial American actress into the fold. Their dramatic decision to then leave the Firm earlier this year has split royal watchers, with many seeing it as a huge snub to the Palace machine — while others perceive it as the Royal Family’s loss.

Yet, there was a time when the Duke and Duchess of Sussex's relationship was under wraps.

Prince Harry said during their 2017 engagement interview that having some time together was "crucial" to him, to "make sure we had a chance to get to know each other" before making their relationship public.

It was therefore a big deal when he invited her to the Invictus Games, the international sporting event for injured veterans which Harry founded.

During Meghan's first official appearance as the royal’s partner in 2017, royal correspondent Hannah Furness noted it was a “landmark” occasion as she was clearly trying to show her support for Harry’s greatest achievement of his working life.

Meghan Markle played a paralegal in the US legal drama, Suits (Image: Getty)

Yet, many royal fans were unaware that Harry had returned the favour.

Writing in The Telegraph, Ms Furness explained: “In a fitting exchange, Prince Harry is reported to have made a low-key visit to meet cast and crew last week, showing his support for his girlfriend's career.”

His visit was leaked to the Canadian magazine, Hello!, although Kensington Palace did not remark on the claims.

READ MORE: Meghan said becoming royal was not ‘giving anything up’ despite claim

Meghan acted in Suits for seven years before stepping down to become a full-time working royal (Image: Getty) 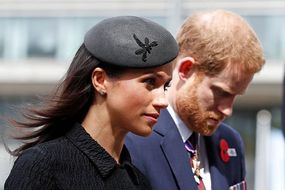 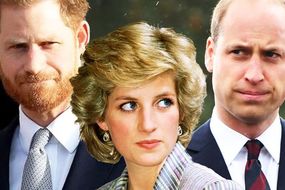 Meghan’s career prior to becoming a royal enabled