JACK P SHEPHERD - who plays David Platt in Coronation Street - suffered an epically "awkward" moment with now girlfriend Hanni Treweek, which saw her run out of a shop to get away from him.

Coronation Street actor Jack P Shepherd, 32, has detailed how his long-term girlfriend Hanni Treweek, 31, threw her basket down and ran out of a Sainsbury's away from the David Platt star, before they started dating. The ITV favourite texted her moments later after the "awkward" moment.

It comes after Jack recalled how he and Hanni met each other.

"We met at Corrie but we only really knew each other to say hello to at work," he began.

"Then our mutual friends got married and we were both guests at the wedding.

"We got chatting, I made Hanni laugh, we had a couple of drinks and we flirted. That was it." 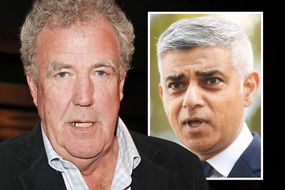 Jeremy Clarkson blasts Sadiq Khan: 'When can we get rid of the tool?'

Jack revealed they later saw each other coincidentally when they were both doing their food shop.

"We bumped into each other in Sainsbury's when I had the kids with me," he said.

Jack has two children, Nyla, 11, and six-year-old Reuben, with his former spouse of 15 years Lauren Shippey.

He continued: "Hanni freaked out as she was wearing gym gear and thought she looked a state!"

UN warns 2021 shaping up to be a humanitarian catastrophe mogaznewsen