RUTH LANGSFORD - who hosts This Morning with her husband Eamonn Holmes - has admitted she tends to ignore messages from Trolls online unless they post anything "vile" about her other half.

This Morning presenter Ruth Langsford, 60, has revealed she has a hard time staying silent when online Trolls target her husband Eamonn Holmes, 60. The star has admitted that although she usually “ignores” people who post critical comments about her on social media, she “can’t hold back” when they make “vile” remarks about her other half.

Ruth divulged: “I love Instagram. I stalk people as much as the next person.

“I get such amazing messages and the odd troll who I just ignore.

“Well unless they say anything vile about Eamonn and then I can’t hold back.”

READ MORE... Eamonn Holmes feeling 'lost' with no role in US Election coverage 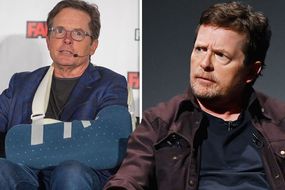 Ruth and Eamonn host This Morning together and are loved by fans for their banter on the ITV show.

In spite of their bickering on the programme, Ruth insisted they “always ride the storm out” after any arguments.

She told Woman Magazine: “Eamonn’s amazing. He is such a supporter when it comes to my work. He’s like my cheerleader.

“My marriage is my greatest achievement.

Ruth Langsford and Eamonn Holmes have been together for two decades (Image: GETTY)