MEGHAN MARKLE has broken a key royal protocol rule by casting her vote in the US election but the Duchess' advocacy "won't end after the US election".

Meghan Markle will continue to speak out on politics because she believes "encouraging people to get involved" is "important", her spokesperson has said. The Duchess of Sussex came under fire this year for becoming vocal in the US election with get out the vote efforts.

According to Page Six, she cast an early mail ballot despite facing backlash from critics insisting that members of the Royal Family should not become involved in political affairs.

A source told the news outlet: “Meghan was an American long before she was a royal.

“She wouldn’t miss voting in this election no matter where she was living.”

A spokesperson for Prince Harry and Meghan defended the couple’s outspokenness in the subject of politics.

They told Insider: "Part of being an active member of society is to take part in the democratic process.

“So encouraging people to get involved in politics is something that is important.

"Obviously it is at a very important part of the American election cycle at the moment, but that doesn't mean it's specific to this time."

Meghan and Harry previously faced criticism for their involved in US politics with Good Morning Britain presenter Piers Morgan becoming one of their most prominent critics.

Meghan Markle has broken a key royal protocol rule by casting her vote in the US election (Image: Getty) 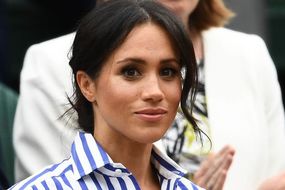 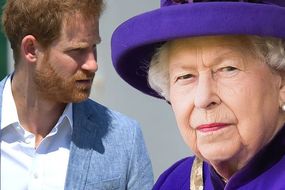