MEGHAN MARKLE and Prince Harry are never to return as full-time working members of the Royal Family, a royal author has claimed, which will leave the family "split".

Meghan and Prince Harry have made a definite choice when they stepped down as senior royals in late March, royal author Robert Lacey claimed. The Duke and Duchess of Sussex are unlikely to return into the royal fold with the statuses they had in 2018 and 2019, the commentator argued.

This decision will leave the Royal Family divided, he added.

"I don’t see Harry and Meghan ever being working members of the Royal Family in the future."

Mr Lacey, the author of Battle of Brothers, drew a parallel between Meghan and Harry's choice to leave the Royal Family as working royals and the constitutional crisis sparked by Edward VIII's abdication.

He claimed: "I make frequent comparisons between the current situation and Edward VIII’s abdication crisis, both are essentially conflicts between love and duty.

"Harry stands for love and Harry has gone into exile."

Edward VIII succeeded to his father King George V in early 1936 but, asked to choose between marrying American socialite Wallis Simpson and leading his country, he decided to abdicate in December of that same year, months before his coronation at Westminster Abbey. 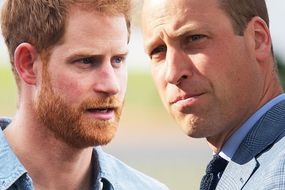 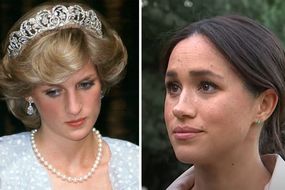 Edward VIII and Mrs Simpson moved to France and married in 1937.

King George VI, Edward VIII's brother and the future Queen's father, gave them the titles of Duke and Duchess of Windsor.

However, while the former monarch was also styled as His