HARRY STYLES has become the first man to grace the cover of Vogue - and he's shocked some fans by doing so in a dress. His supportive mum Anne Twist has revealed she's the reason for the outfit, but how old is she?

Harry Styles has just broken a record in the world of fashion, becoming the first solo male cover star. However, it has not been without controversy, sparking some pretty strong opinions from his recent front cover of Vogue. In his interview, he spoke about his love of fashion, as well as other important aspects of his life.

“I’ll go in shops sometimes, and I just find myself looking at the women’s clothes thinking they’re amazing.

“It’s like anything, anytime you’re putting barriers up in your own life, you’re just limiting yourself.

“There’s so much joy to be had in playing with clothes.

Harry Styles - how old is his mum? (Image: Getty) 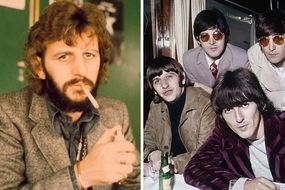 “I’ve never really thought too much about what it means—it just becomes this extended part of creating something.”

Harry is comfortable to wear clothes which would usually be prescribed to specific genders, which has divided opinion.

In the shoot itself, Harry is wearing a large gown with a suit jacket over the top, as well as various dresses, trousers and blouses.

This has caused some concern, with author Candace Owens tweeting: “There is no society that can survive without

PREV Johnny Depp 'wife-beater' verdict due as court hears about faeces in bed and ...
NEXT Kate Middleton’s appearance after birth mocked by Whoopi Goldberg