Up until Thor Ragnarok, the Asgardian Avenger was swinging his hammer Mjölnir all over the place, smashing villains and flying around. However, the Thor threequel saw his sister Hela catch and crush the weapon with ease. And now a popular new fan theory argues the reason was that with Odin’s death the indestructibility enchantments on Mjölnir were lifted. 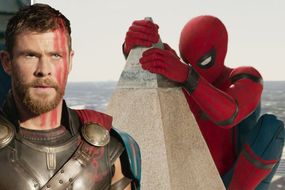 Reddit user The Ordinary Critic wrote: “First we need to review why Mjölnir is so strong in the first place.

“The hammer was forged in the heart of a dying star by the dwarves in Nidavellir. This alone makes the hammer incredibly powerful, but wait, there’s more!

“Mjölnir also benefited from a host of enchantments from the All-Father himself. The hammer had an enchantment of controllable infinite density, and a clause that only those deemed worthy could wield the weapon.”

But then right before Odin’s death, he warns his sons Thor and Loki that he can no longer protect them from their sister Hela who he had sealed away years before.

Odin in Thor Ragnarok before his death (Image: MARVEL) 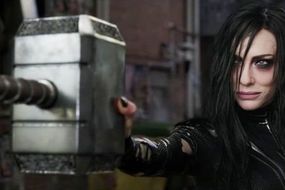 The theorist continued: “Odin knows that when he dies his magic will be lifted, and Hela will be [able to] break free from the dark magic that imprisoned her.

“What he didn’t tell Thor is that Odin’s enchantments on the Mjölnir will also be null after his death.”

Of course, Thor’s hammer is still incredibly powerful, but no longer the invincible weapon it once was.

With no time for Thor

PREV Gibraltar power-grab: Spain sparks fury as it claims only THEY can decide who ...
NEXT RT @WenleiMa: Claudia Karvan talks about her new series Bump, and the fear ... 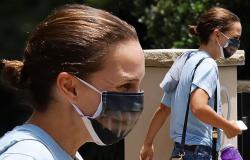 Natalie Portman wears a terrifying horror mask with teeth as she steps out in ... 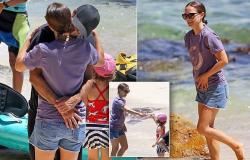 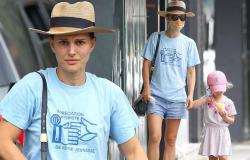 Makeup free Natalie Portman shows off her trim pins as she takes her daughter ...