IRANIANS are becoming increasingly concerned at the prospect of Donald Trump using his final days in office to launch an attack on their country following the assassination of nuclear scientist Mohsen Fakhrizadeh, experts have said.

And Tehran is counting down the days until January 20 and the inauguration of President-Elect Joe Biden, at which point the regime of Iranian President Hassan Rouhani will hope to reset relations with Washington, they added. The circumstances behind Mr Fakhrizadeh's death on Friday are still emerging - but Iran has accused Israel of having dispatched operatives to kill him.

Pictures of the 62-year-old's bullet-ridden car have been widely circulated in international media - although there have also been suggestions he was killed by a "remote-controlled device".

Prime Minister Benjamin Netanyahu specifically named him in the course of a presentation delivered days before Mr Trump confirmed he was pulled the US out of the landmark JPOCA agreement aimed at preventing Iran from developing nuclear weapons, claiming multiple violations.

However, after the attack Israeli cabinet minister Tzachi Hanegbi insisted: "I have no clue who did it.

"It's not that my lips are sealed because I’m being responsible, I simply really have no clue."

Dr Anicee Van Engeland, a Senior Lecturer in International Security and Law at the Center for International and Regional Studies (CIRS), told Express.co.uk with less than 50 days to go before he is due to quit the White House, there was mounting concern at the prospect of "Trump unleashed".

Referring to the US drone strike which killed the commander of the Islamic Revolutionary Guard Corps's Quds force in January, she explained: "The population was absolutely enraged by the assassination of Qassem Soleimani.

"This time they are enraged - but they are also worried.

"There is a lot of anxiety because apparently Donald Trump was thinking of attacking Iran.

"Donald Trump does not have any ideology.


JUST IN: UK must not shirk responsibility to stand up to Beijing threat 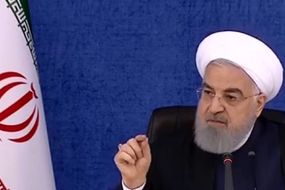 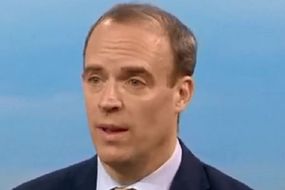 This time they are enraged - but they are also worried

"The only thing that matters to Donald Trump is money - what he can get from it financially.

"So the question is what he would gain from this, from starting a war in the region."

The concern within Iran centred on the idea Mr Trump was considering targeting their country "as a sort of final goodbye or parting gift", she added.

Asked about Israel, she said: "It is difficult to reach a conclusion about Israeli involvement but it is a strong possibility."

As such, it was unlikely such an operation would have been 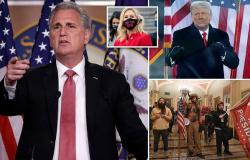 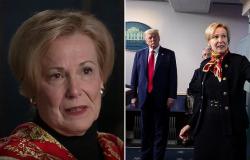 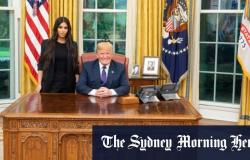