RUPAUL'S DRAG RACE UK is returning very soon. But who is in the line-up for season 2?

Drag Race fans will be delighted to know the UK series will be returning with 12 new contestants very soon. The second series will air on BBC Three and Express.co.uk has everything you need to know about this year's queens.

The wait is almost over for the new season of RuPaul's Drag Race UK on BBC Three.

The show will begin on January 14 and the channel has now revealed all of this year's queens.

Express.co.uk has everything you need to know about them, their backgrounds and what they'll bring to the competition.

READ MORE: RuPaul's Drag Race season 13 cast: Who are the queens of season 13? 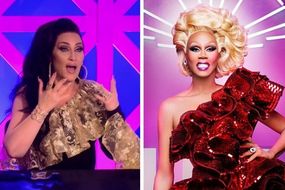 She said in a BBC special introducing the queens: “I’m seen as a look queen.

“But I’m here to prove that I am a lot more than that. I’m excited to blow you away - no pun intended.”

Asttina Mandella is a 27-year-old dancer from London who is sure to take the performance part of the show to the next level.

She revealed she’s previously danced with everyone from the Pussycat Dolls to Kanye West.

Speaking about her style, Asttina said: “I’m not a gown queen, I’m not a sequin queen. I’m a very everyday streetwear queen.”

Describing herself as “East London’s bendiest b****,” Bimini Bon Boulash is 26-years-old.

The star loves drag for how inclusive it is and how it allows her to be whoever she wants to be.

Cherry Valentine is a 26-year-old from Darlington who describes her look as glamour, club kid and gothic.

She explained: “I’m not just a drag queen. I qualified as a mental health nurse in 2015.

“I think it’s put me in that right position to be able to understand people a bit more.”

Ellie Diamond is a 21-year-old queen from Dundee in Scotland who works in a drive-through when she’s not in drag.

The star said: “If you were to come see an Ellie Diamond show, you would get fierce looks, amazing performances and you