THE EUROPEAN UNION's website has been updated after Brexit, showing the bloc currently at a little under 15 percent of world GDP, with a forecast suggesting this will fall to nine percent by 2050.

Last month, Britain and the EU finally sealed a post-Brexit trade agreement, ending months of bitter talks and disagreements over fishing rights and future business rules. On Christmas Eve, a statement from Downing Street announced "the deal is done" – swiftly followed by confirmation from Brussels. Speaking shortly after the announcement, Prime Minister Boris Johnson said the agreement was a "good deal" for the "whole of Europe" – one that signified "a new stability and a new certainty in what has sometimes been a fractious and difficult relationship".

Two days before the end of the transition period, MPs overwhelmingly approved the agreement in a parliamentary vote.

It came into force on January 1, guaranteeing tariff-free trade on most goods and creating a platform for future cooperation on issues such as crime-fighting, energy and data sharing.

While it is a huge triumph for the Prime Minister, who won a thumping majority in the 2019 general election with the promise "to get Brexit done", Britain's departure has without a doubt dealt a parting blow to the EU and its economy.

The EU website has recently been updated to show the size and scale of the bloc in the world, they now quote figures for the EU 27 without the UK.

It shows the EU currently at a little under 15 percent of world GDP, with a forecast suggesting this will fall to nine percent by 2050.

The EU cites estimates that the USA will lose less of its share than the bloc over the next 30 years, while India will surge and China will do well.

Commenting on this, Conservative MP John Redwood said in an exclusive interview with Express.co.uk: "The EU is obviously smaller now, as the EU website points out.

"They show some independent private forecast that suggests that it is going to fall to nine percent of world output by 2050.

"They are diminished and diminishing as a proportion of world output, where they often

PREV Meghan Markle and Prince Harry's bid for freedom in tatters: 'Nothing gone to ...
NEXT RT @WenleiMa: Claudia Karvan talks about her new series Bump, and the fear ... 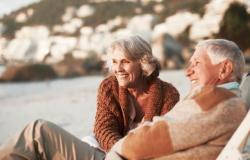 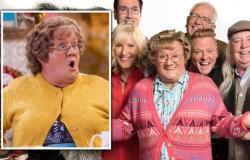 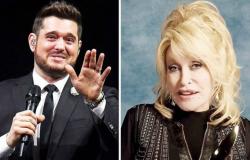 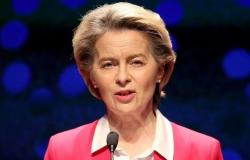