MEGHAN MARKLE and Prince Harry have launched their new Archewell Foundation, despite insisting they would not start a foundation.

The Duke and Duchess of Sussex have updated their website to contain the three facets of their working life: the Archewell Foundation, Archewell Audio and Archewell Productions. They have described the Archewell Foundation as an “impact-driven non-profit” and that its core goal is to “uplife and unite communities ‒ local and global, online and offline ‒ one act of compassion at a time”. They listed partnerships with other organisations such as the Centre for Compassion and Altruism Research and Education at Stanford Medicine, the Centre for Human Technology, the Loveland Foundation, the UCLA Centre for Critical Internet Inquiry and the World Central Kitchen.

This has come as a shock to those who remember what Meghan and Harry said last year: that they would not start a foundation, but a different sort of non-profit.

It has been nearly a year since the Sussexes announced their decision to step down as senior royals.

In their initial statement, the couple hinted at their plans for their “new charitable entity”, but later clarified that it would not be a foundation.

On their website Sussex Royal they explained that, instead of a foundation, they intended to develop “a new way” to make change.

The website read: “As shared in early January on this website, the Duke and Duchess of Sussex do not plan to start a ‘foundation’, but rather intend to develop a new way to effect change and complement the efforts made by so many excellent foundations globally.”

They added: “After carefully considering a number of foundation models, and having researched the incredible work of many well known and lesser known foundations, the Duke and Duchess are actively working to create something different – a charitable entity that will not only help complement these efforts, but also advance the solutions the world needs most.”

The reason for this was not specified.

According to the IRS, the main differences between a non-profit and a foundation have to do with the sourcing of funding, at least in the US.

Meghan and Harry announced their decision to step down as senior royals a year ago (Image: GETTY)

PREV Teachers set to refuse to go to work as union slams ministers' 'inability' to ...
NEXT All you need to know about the year in which #Bridgerton is set ... 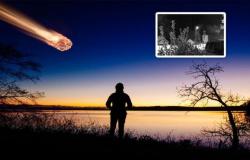 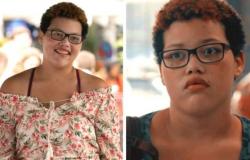 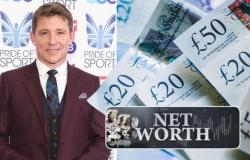 Ben Shephard has a staggering sum of money in the bank 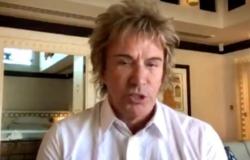