DEXTER is going to be making a return with a limited series, American network Showtime has confirmed. However, many die-hard fans of the Michael C. Hall series are curious to know: Why did Jennifer Carpenter really leave Dexter?

Showtime’s hit series Dexter is going to be making a comeback with Michael C. Hall reprising his role as the eponymous ethical serial killer. The drama originally ran from 2006 to 2013 and built up a huge global fanbase. Along with Hall as Dexter Morgan, another major character in the series was Debra Morgan (played by Jennifer Carpenter) who met a tragic end in the controversial finale.

Dexter fans across the world were left fuming at their television screens following the broadcast of season eight back in 2013 with many feeling the conclusion left much to be desired.

Not only did Dexter get away with his crimes and inexplicably choose a life as a lumberjack in a remote location, but his sister Debra met a cruel end.

Debra was shot by criminal Oliver Saxon (Darri Ingolfsson), who was making an escape bid, causing her to be hospitalised.

At first, the doctors were confident Debra’s surgery had gone well and she would recover.

READ MORE: Dexter reboot: Is Dexter coming back? When is new season out? 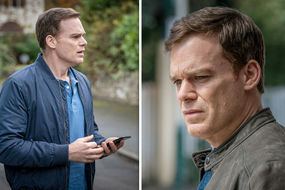 Safe season 2 Netflix release date: Will there be another series?

She and Dexter shared some tender moments as they reminisced about their childhood.

However, there was a twist in the tale after complications arose during surgery and Debra developed a blood clot in her brain which left her in a vegetative, comatose state.

Dexter was left heartbroken when he learnt what had happened to Debra and instead of letting her live in his manner, he decided to disconnect her life support machine.

The Miami Metro blood spatter analyst then told Debra he loved her and later took her body from the hospital and dropped her out into the ocean.

PREV Thank God we are out! MEPs explode as Turkey’s Erdogan begs to join Brussels ...
NEXT RT @WenleiMa: Claudia Karvan talks about her new series Bump, and the fear ...