The earthquake rocked the national park in Wyoming on Wednesday, with people reporting "rumbling". Taking to Twitter, one said: "Thought I felt a rumbling so I went on http://earthquake.usgs.gov.... no earthquake here but uh... seems like Yellowstone is a bit active... and has been for the last few weeks is that normal?" 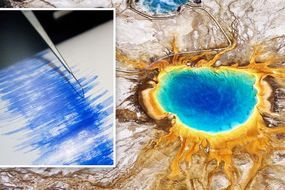 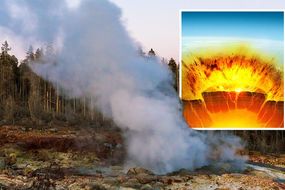 Another commented: "I thought I felt a rumbling as well."

Yellowstone is one of the world's largest active volcanic systems.

Three huge eruptions of the supervolcano have happened in the last 3 million years.

An earthquake with a magnitude of 3.2 has struck Yellowstone National Park (Image: USGS/GETTY)

The next eruption is feared to have catastophic worldwide effects.

The US Geological Survey (USGS) has said Yellowstone is not overdue for a large eruption.

It said volcanoes do not work in predictable ways and even if they did, there would still be another 100,000 years until a blast is due.

While another big eruption is possible, it may never happen, according to the USGS. 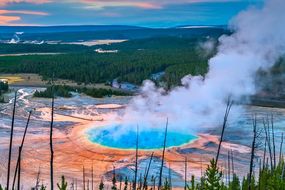 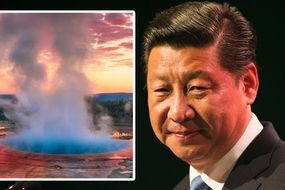 In December, the volcano was rocked by a total of

PREV 'What else has to be said' Melania Trump allowed to speak - rare moment Donald ...
NEXT RT @WenleiMa: Claudia Karvan talks about her new series Bump, and the fear ... 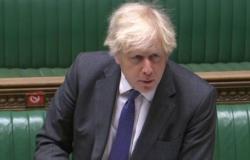 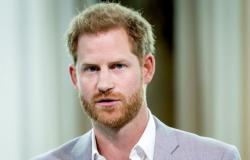 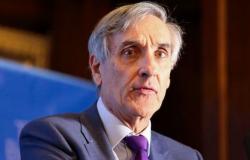 Time to be independent! Redwood issues rallying call or UK won’t be taken ... 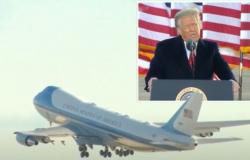 Shoppers rave about this posture corrector - and it's only £7