THE SNP is demanding the UK Government pay Scotland billions of pounds in compensation for the economic impact on the country from Brexit, while again ramping up calls for a second referendum on Scottish independence.

Britain finally completed its full exit from the EU on New Year's Eve following the conclusion of an 11-month transition period, which also saw the two sides conclude post-Brexit trade deal talks and announce an agreement on Christmas Eve. The departure ends 47 years of EU membership and comes four-and-a-half years after the UK voted to leave the bloc historic referendum. But Scotland had voted by a margin of 62 percent to 38 percent to remain in the EU during that referendum and has since continued to launch scathing attacks against the UK Government, with Nicola Sturgeon often claiming the departure from the EU has been made against the will of the Scottish people.

The SNP has also ramped up its demands for a second referendum on Scottish independence, which Ms Sturgeon claimed could take place after the Scottish elections in May - should the party secure a majority.

Boris Johnson has rejected all calls for a new referendum, insisting the result from the vote in 2014 must be honoured.

The Scottish government has warned new changes to customs and exports following Brexit could cost the UK up to £7billion each year, while Constitution Secretary Mike Russell has also warned Scotland's GDP could plummet by as much as six percent over the next 10 years.

The SNP’s Westminster leader Ian Blackford said: "It is completely unforgivable that Scotland is being forced to pay such a devastating high price for Boris Johnson's extreme Tory Brexit deal, with mounting costs, red tape and disruption.

Brexit news: The SNP are demanding Scotland is paid billions of pounds in compensation (Image: GETTY)

"The Tories must apologise to Scottish businesses and pay compensation to Scotland for the long-term damage they are doing to our economy - costing us billions in lost trade and growth.

"This disastrous Tory Brexit was a completely unnecessary act of economic vandalism, which has been inflicted against Scotland's will.

“It is now beyond doubt that the only way to protect Scotland's interests and our place in Europe is to become an independent country.

"With businesses, industries and communities across Scotland warning of rising costs, bureaucracy and delays, it is clear Boris Johnson's Brexit deal has already left the UK poorer and worse off - with absolutely no benefit to Scotland at all. Every

PREV Meet the cast of #DragRaceUK season 2
NEXT Galloway tears into 'hypocritical' Sturgeon who 'joined SNP when it fought for ... 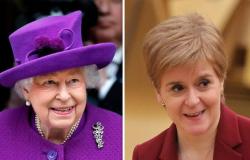 Queen Elizabeth II ‘would be proud’ to be monarch of independent Scotland ... 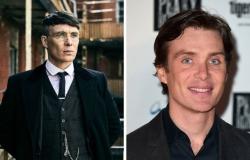 Will Cillian Murphy return for the #PeakyBlinders film? 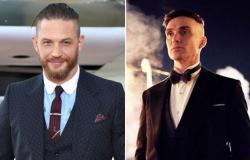 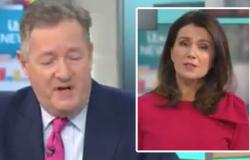 Is Novavax the dark horse of Australia's COVID-19 vaccines? mogaznewsen