Cheryl had a big smile on her face when she was caught making a sneaky exit out of the back of a Mayfair restaurant on Monday night.

The 35-year-old singer appeared giddy as she headed to her car along with her PA and best friend Lily England.

Cheryl was wearing a low-key look for her meal, wearing a pair of tracksuit bottoms which she teamed with a pair of strappy sandals. 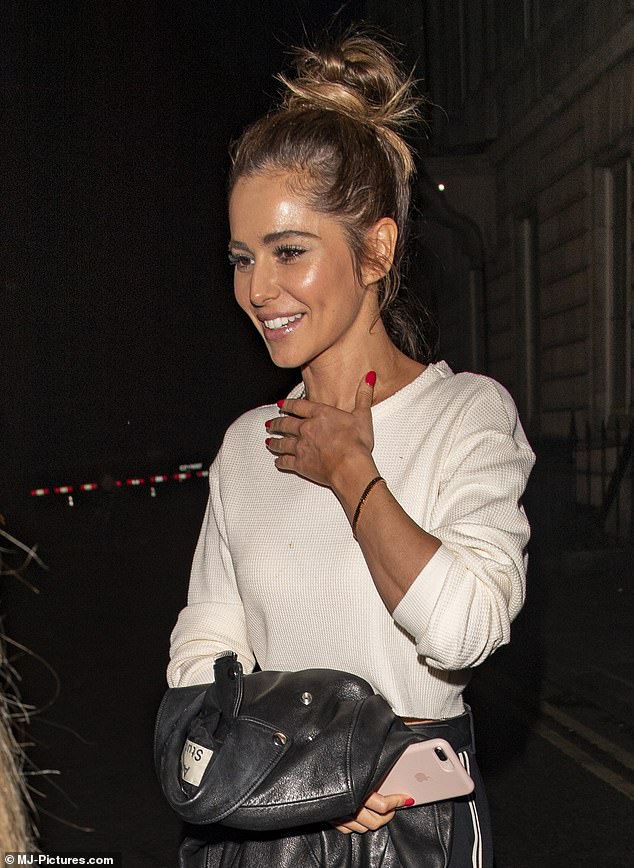 Living her best life: Cheryl appeared giddy as she made a sneaky exit out the back of a posh Mayfair restaurant on Monday 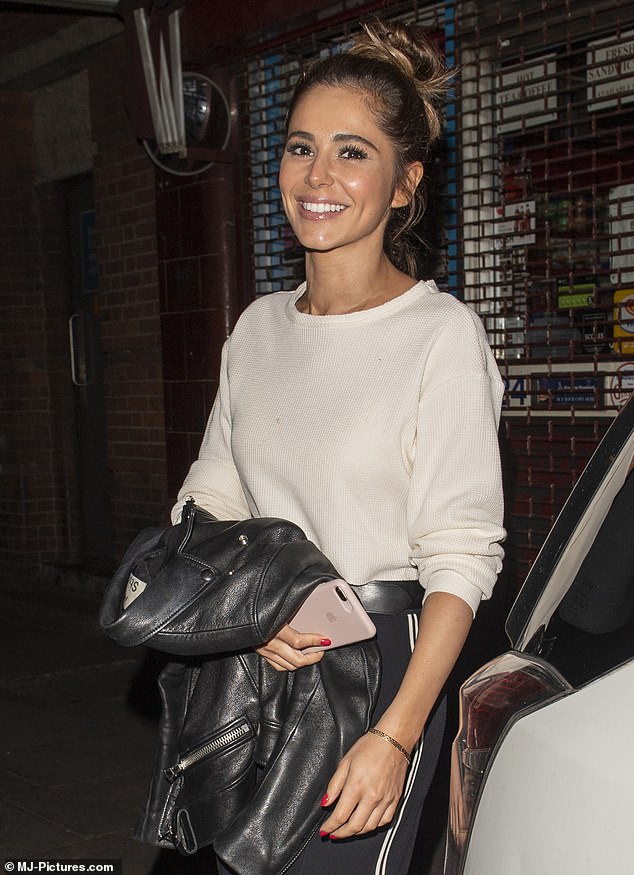 Because she's happy: She had a huge smile on her face as she emerged with her phone in hand

She wore a simple cream jumper with a belt cinching her in at the waist.

The former Girls Aloud star draped a leather jacket over her arms and carried her phone in her hand as her night came to a close.

No doubt her beloved son Bear was being taken care of by family members for Cheryl's rare night out. 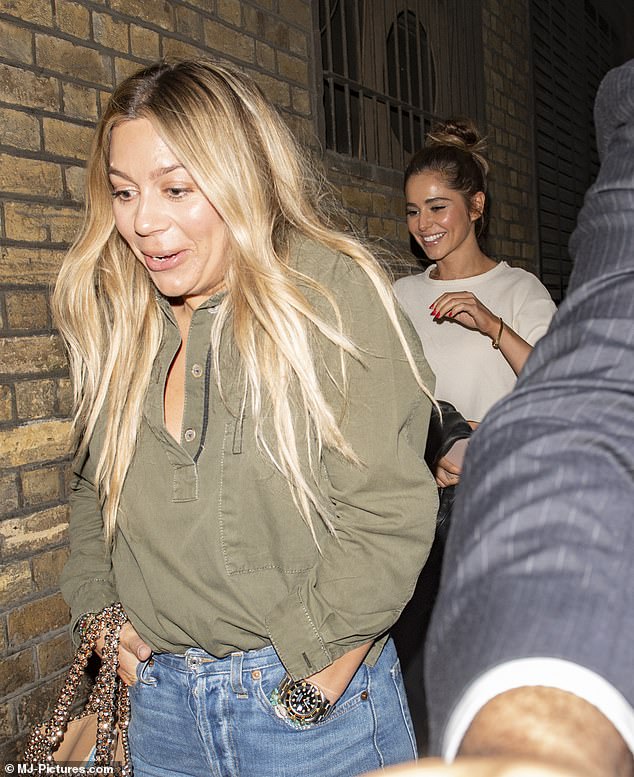 Two's company: She was joined by her best friend and PA Lily England for her girls' night out

She was sporting a perfect red manicure and pedicure and her long locks were piled high in a bun.

Cheryl has been working tirelessly to promote her newest single Let You following its release last month, and has gone onto insist that the tune is not about her ex Liam Payne, 25.