But Reese Witherspoon still found a way to get fans talking about the series on a day dominated by the announcement of the nominees for TV awards glory in September.

The actress, 43, posted a cast photo to her

There’s always that one friend in the group 🤪 #biglittlelies

with one co-star standing out from the crowd with her silly pose.

'There’s always that one friend in the group,' Reese wrote alongside the snap of herself with Zoe Kravitz, Meryl Streep, Laura Dern and Nicole Kidman. 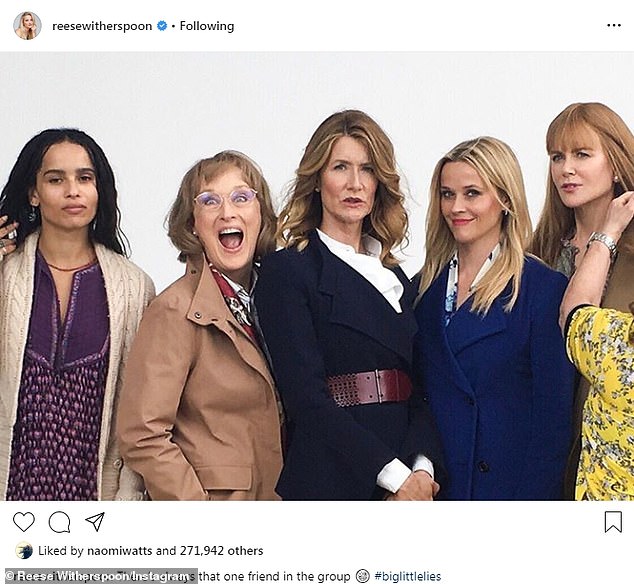 'There's always one': Reese Witherspoon posted a Big Little Lies 2 cast photo to her Instagram Tuesday with one co-star standing out from the crowd with her silly pose

Streep joined Big Little Lies for its second season as the mother-in-law of Nicole Kidman's character who is searching for answers about her son Perry's death.

The first season of the show was nominated for 16 Emmys and won eight.

However, season 2 isn't eligible this time around because it premiered on HBO after the May

New Mexico man in his 20s dies of the PLAGUE, officials confirm

sport news Andy and Jamie Murray lead British contingent for the US Open by jetting off ...