Dog The Bounty Hunter's daughter Bonnie reveals her father will never remarry after death of wife Beth: 'No one can replace her in his heart'

The daughter of Dog The Bounty Hunter insists her father will never remarry after the death of his wife Beth Chapman.

Bonnie Chapman, 20, told fans her father had already found his one and only when asked in an Instagram Q&A if Dog would ever tie the knot again.

'Nope, he found his soulmate,' she said in her Instagram stories, according to Us Weekly. 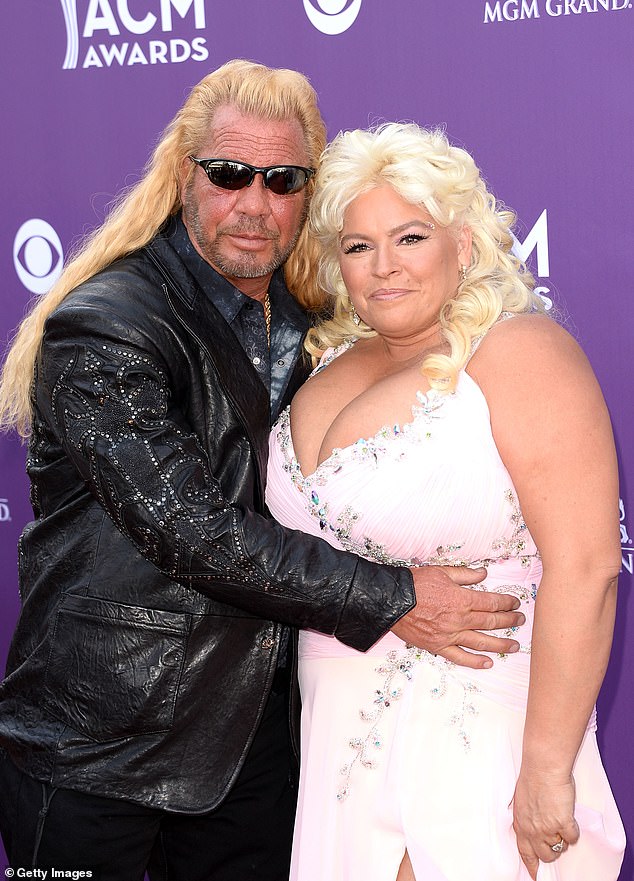 His one and only: Dog The Bounty Hunter's daughter Bonnie said he will never remarry (Duane Chapman with his wife Beth in 2008)

'No one can replace her in his heart. Their love was one of a kind, it made me believe love truly exists,' she elaborated.

Duane 'Dog' Chapman had already promised Beth he would remain devoted to her once she passed.

'For two to three years, she knew this might happen,' he told ET Online through tears. 'So she would say, "Who is going to sit next to you?" And I said, "No one." "Big Daddy, you better not let another girl take my place." I said, "I won't."'