And on Sunday, the busty 27-year-old lived-up to her outlandish reputation when she enjoyed a double date with new beau, Nick Furphy, 33.

Spotted at Melbourne's Luna Park, the couple were joined by ex-Married At First Sight star Jesse Konstantinoff, 32, and his new girlfriend, Chrissy, 25. 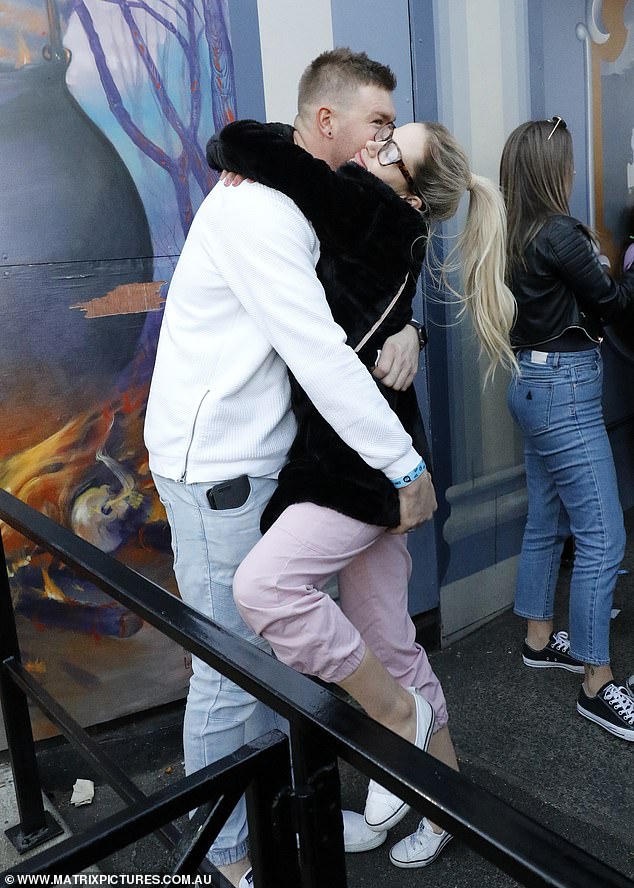 Feeling the romance: Married At First Sight star Jessika Power, 27, put on a tactile display with new boyfriend Nick Furphy as they enjoyed a double date at Melbourne's Luna Park on Sunday

Blonde Beauty Jessika was clearly in high spirits as she got very touchy-feely with Nick, who cheekily grabbed the star's pert derriere.

At other times, the blonde TV star was seen welcoming Jesse with a high-kick, while Jesse affectionately kissed his own girlfriend Chrissy.

The awesome foursome are obviously good friends, with Jessika and Jesse bursting into fits of laughter during the meet-up. 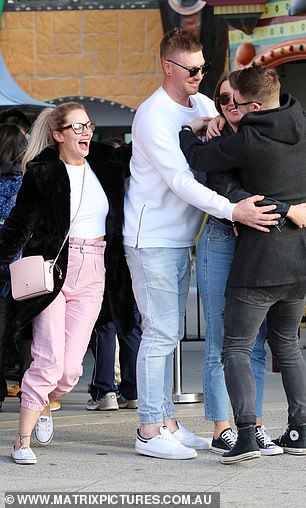 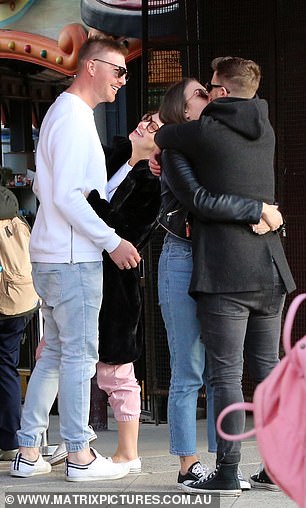 At the fun park, Jessika feasted on dagwood dog topped with tomato source and was spotted grappling with the over-sized fried good.

She also showed she has a sweet tooth, later munching on a giant pink fairy floss.

She playfully ate the colourful treat in front of Nick, who decided to grab some of the sugary goodness for himself. 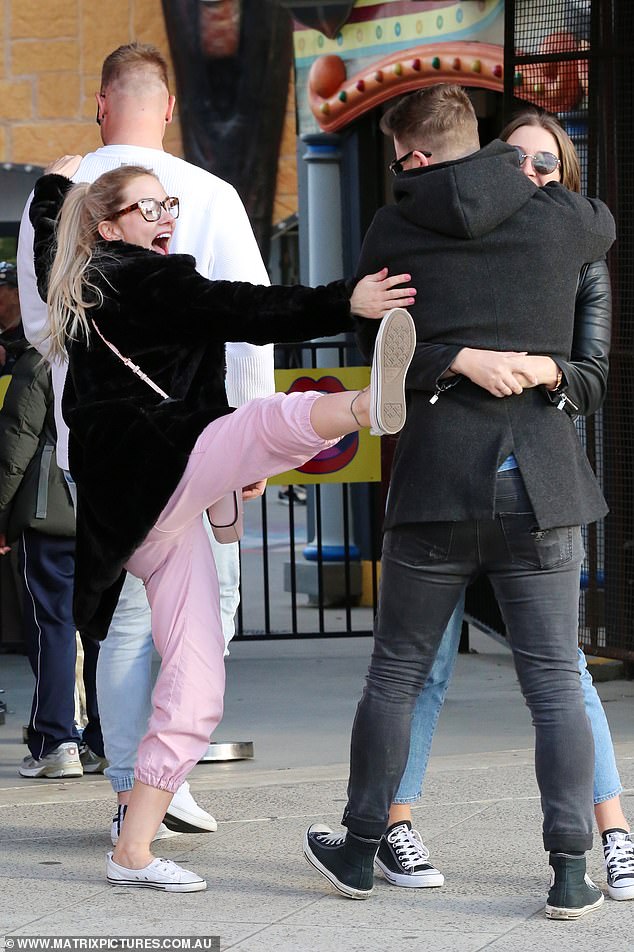 Friendly: Jessika was seen welcoming Jesse with a high-kick, while Jesse affectionately kissed his girlfriend Chrissy

The fun for the foursome continued with a spot of bowling over at a nearby Strike venue, where the group also enjoyed a number of beverages.

She carried her belongings