Sparks seem to be flying between David Harbour and Lily Allen.

The pair were seen snuggling up to one another at the Hughie Fury vs Alexander Povetkin heavyweight boxing match on Saturday (August 31) at the O2 Arena in London, England.

And at times they stepped up the PDA and were spotted arm-in-arm at the sporting event. 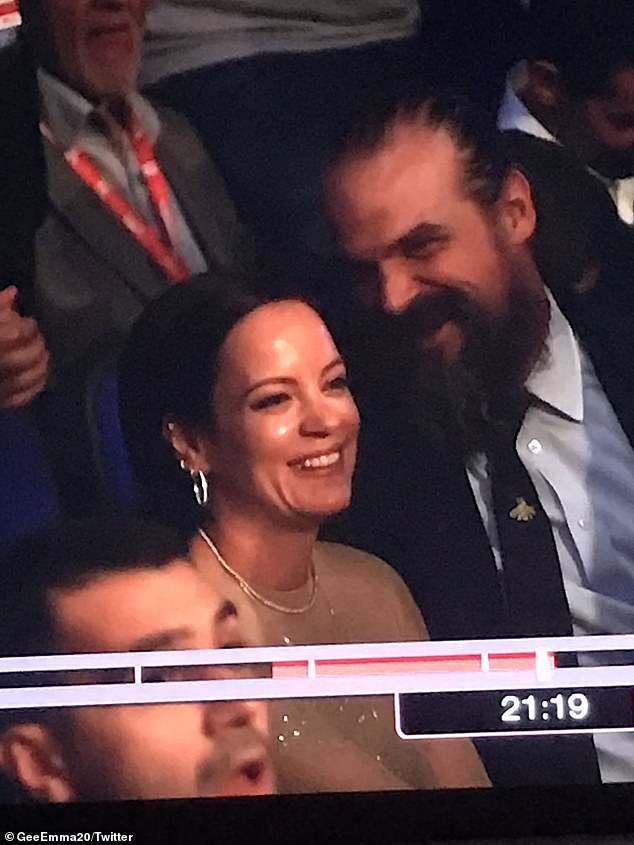 New romance: David Harbour, 44, and Lily Allen, 34, were spotted getting cozy together at a boxing match at the O2 Arena in London, England

The British-born singer-songwriter, 34, looked glamorous in a sparkling gown with an illusion neckline and a diamond necklace.

Her dark tresses were pushed back off her face, which showcased her hoop earrings.

The Stranger Things star, 44, appeared to compliment her in a black suit, white dress shirt and black tie.

But what stood out the most,