(fashion) Coming up aces! Brendan Fevola is elated as he takes home a new car after winning celebrity charity poker tournament in Melbourne

He's the AFL star who recently hung up his football boots.

And on Thursday, Brendan Fevola proved he's a man of many talents after winning the Poker With The Stars charity tournament in Melbourne.

Looking dapper, Brendan was dressed in a classic black suit and tie, while keeping a bit of stubble on his chin. 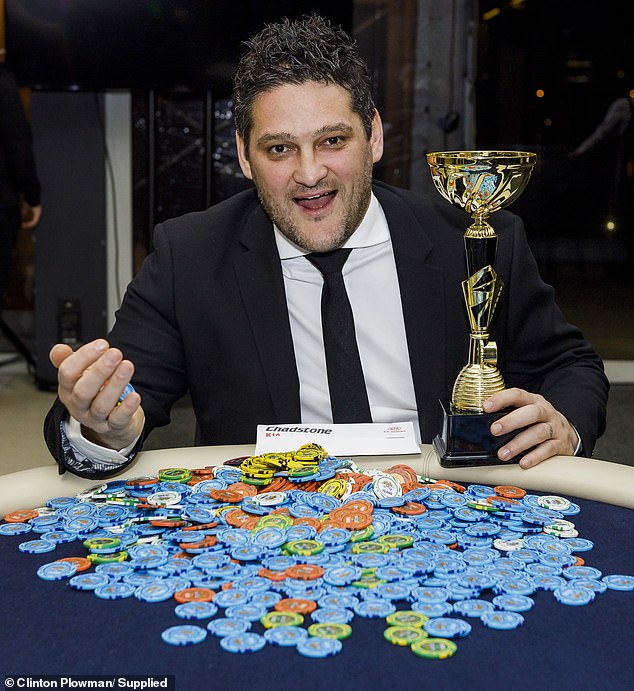 Winner! Brendan Fevola (pictured) was all smiles after being crowned the winner and taking home a brand new car at the Poker with the Stars event

Sitting at a poker table with his gold trophy in hand, Brendan was seen playing up to the camera by throwing chips into the air. 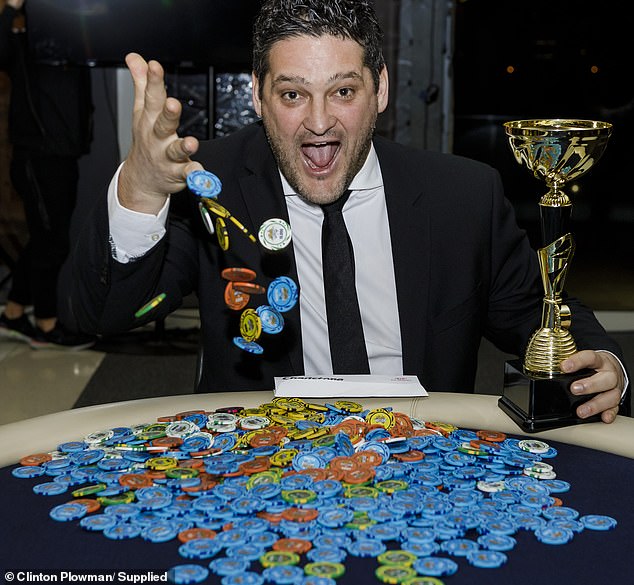 Brendan wrapped one hand around Tony's shoulder while holding his trophy with the other.

He also embraced CEO of Artelia Jewellery Maria Ulas and her husband Roberto.