It's in the bag! Ruby Rose looks in good spirits as she carries a $4500 Fendi handbag while doing the promotional rounds for Batwoman following spinal surgery

And on Monday, Ruby Rose was in high spirits as she promoted the show during a BUILD series talk.

The 33-year-old actress blew her adoring fans kisses as she strolled into the New York Studio, with a number of fans gathered in front of the building. 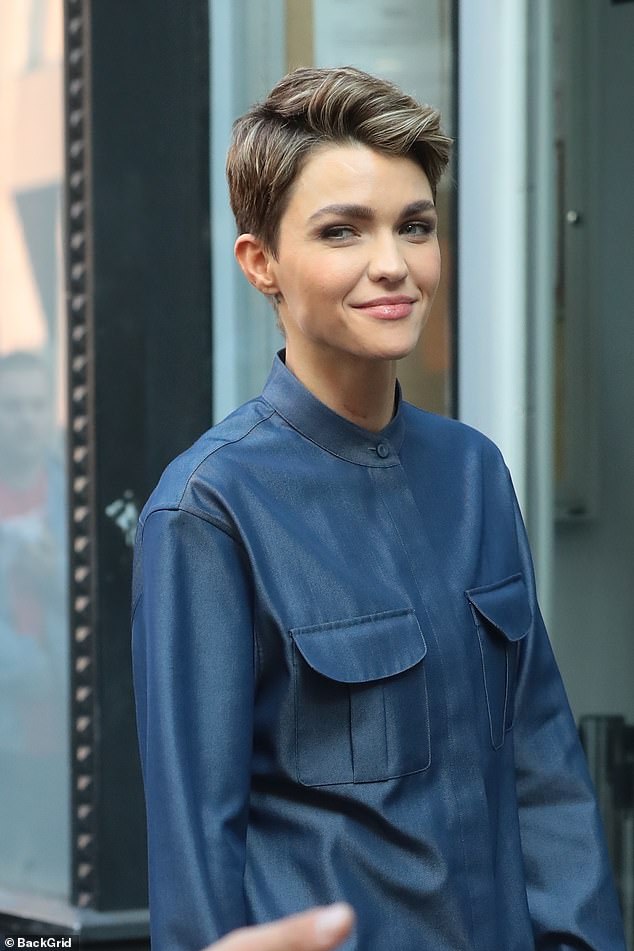 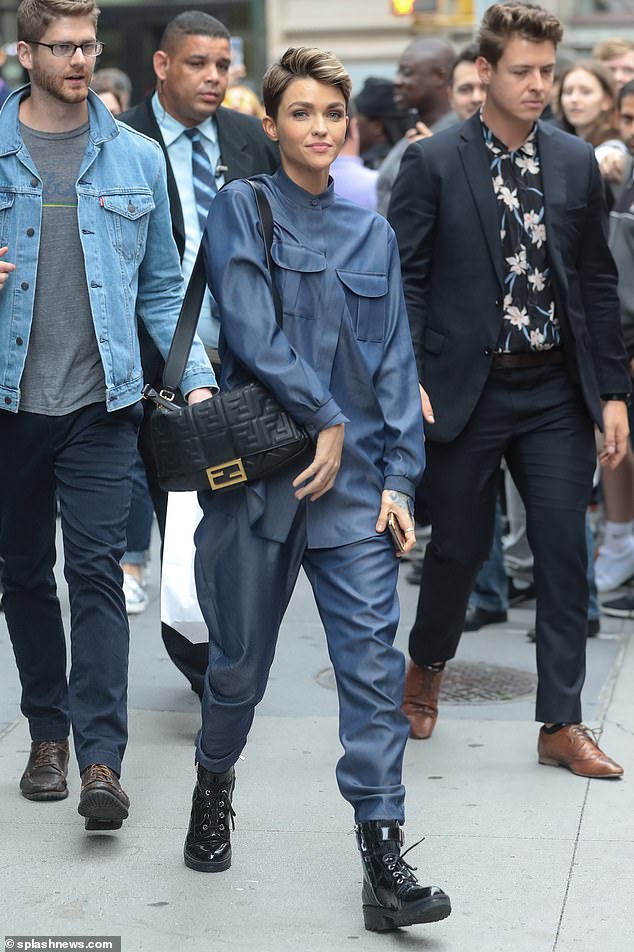 The Australian-born star looked stylish as ever, wearing a metallic blue shirt with a circular collar and two pockets.

She wore matching loose-fitting trousers with the shirt, which draped nicely over her slender figure.

The star accessorised with black combat boots, along with a Baguette Fendi handbag, worth AUD $4500. 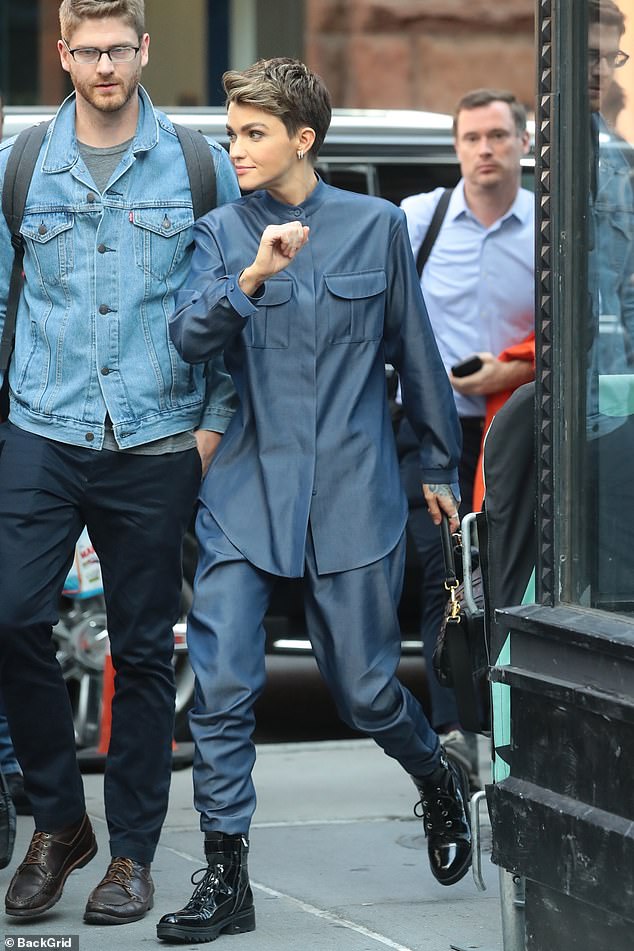 Stylish: The Australian-born star looked stylish as ever, wearing a metallic blue shirt with a circular collar and two pockets.  She wore it with matching loose-fitting trousers, which draped nicely over her slender figure

Ruby opted to wear her trademark crop tresses in a pageboy style, along with a minimal matte makeup look.

Speaking in a BUILD series interview, Ruby said Batwoman was a trail-blazing character allowing for more LGBTI+ representation on screen.