'Well, who WON?!' Channel Seven viewers are left outraged as The Chase is abruptly cut short mid-question for a news bulletin about the bushfires One-man team was facing off against 'chasers' Issa Schultz on The Chase Broadcast abruptly cut off during the final minutes of the show for Seven News Viewers were furious because they didn't get to see the result of the Final Chase The early finish is believed to be 'another playout error', according to TV Tonight

The show abruptly ended half-way through the Final Chase round, meaning that fans didn't get to see the result of the hour-long broadcast.

A one-man team was facing off against 'super nerd' Issa Schultz to win $18,000, but the screen went blank as host Andrew O'Keefe asked a question about the 1975 Tasman Bridge disaster. 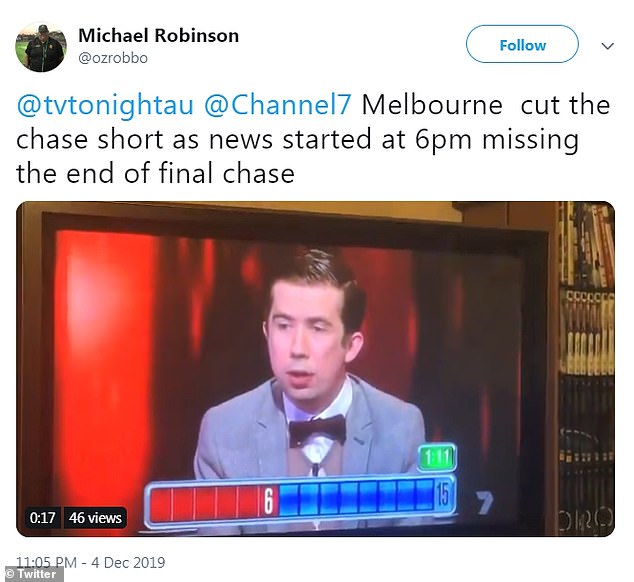 PREV Little Mix's Leigh-Anne Pinnock showcases her tanned curves in a bright yellow ...
NEXT Sofia Richie and Scott Disick bundle up for some shopping in Aspen