Abigail Spencer was a lovely leading lady at the Hollywood premiere of her new Hulu original series Reprisal on Thursday evening.

The 38-year-old walked the red carpet in a dark sheer lace gown with long sleeves, looking every bit the superstar in the City of Angels for the debut of the dramatic thriller.

The Gulf Breeze, Florida native had her lustrous brown made parted and back, accessorizing with diamond earrings, a black clutch and heels with silver embellishments.

Gorgeous: Abigail Spencer, 38, was a lovely leading lady at the Hollywood premiere of her new Hulu original series Reprisal on Thursday evening

On the show, Spencer plays a woman named Katherine Harlow who is betrayed by her brother and believed to be dead, but instead changes her identity to a woman named Doris Quinn, who eventually looks to exact vengeance on people who had past turned on her.

Spencer said she embraced the chance to flex her creative muscles with a role she described as 'a monster' in an Entertainment Tonight piece published Wednesday.

'I kept using the word monster. I've got to play a monster,' she said. 'I had never played anyone like her before and I was really ready for a transformation. 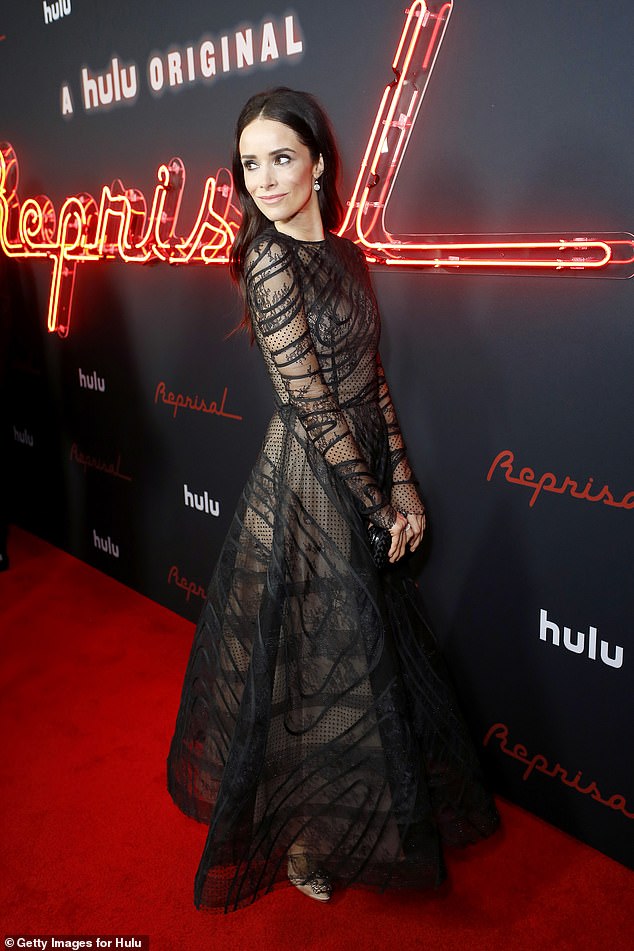 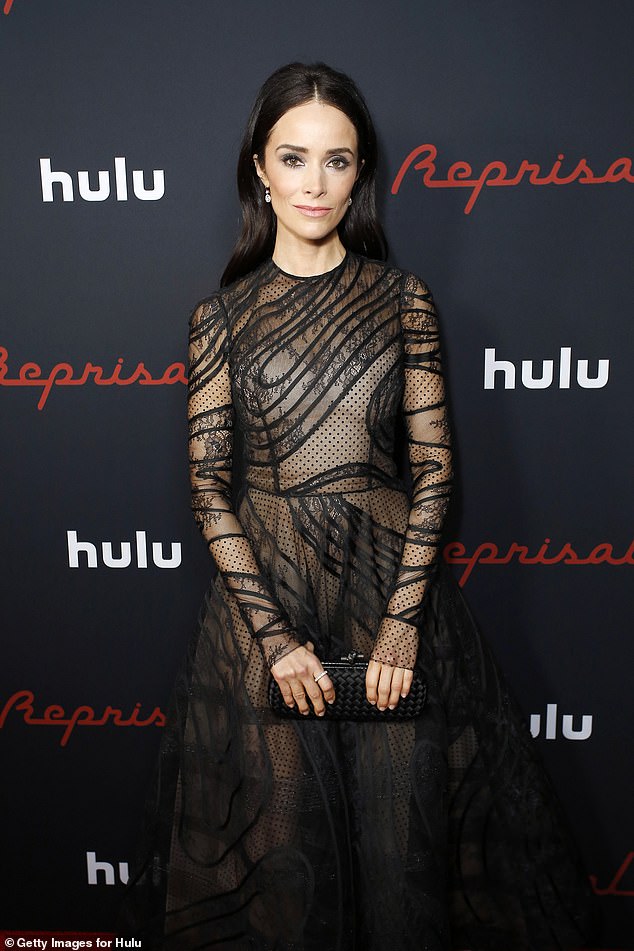 Beauty: The Florida native has her lustrous brown