Anthony Joshua beat Andy Ruiz Jnr in Saudi Arabia to become the heavyweight boxing champion of the world for a second time.

But a little closer to home, Made in Chelsea's Tiffany Watson and TOWIE's Chloe Meadows lead the support for AJ at a private screening of the bout in London.

They were in attendance at the event which was sponsored by William Hill, alongside fellow reality stars Jamie Laing and Alex Mytton. 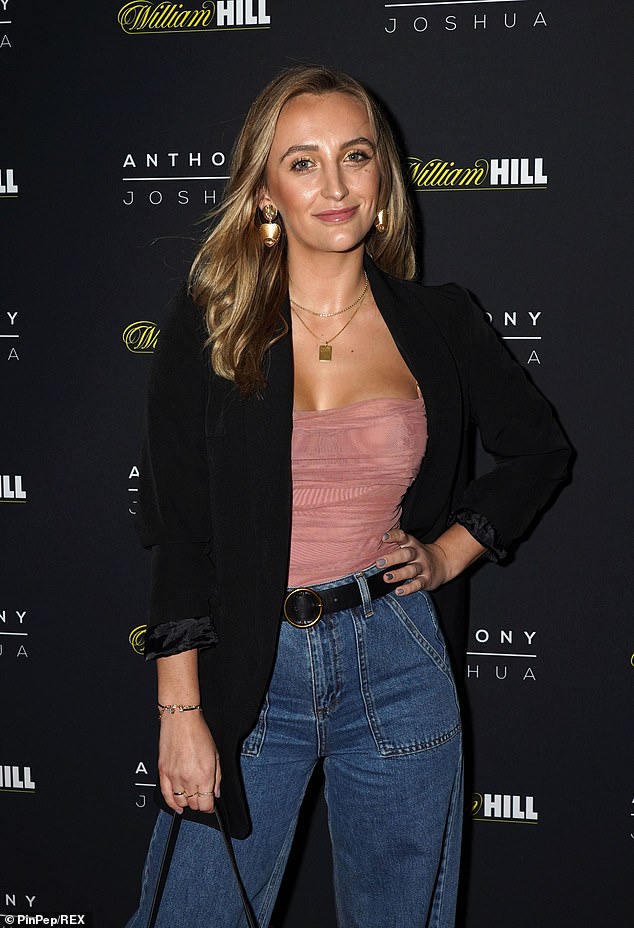 Fan: Made in Chelsea's Tiffany Watson leads support for AJ at a private screening of the bout 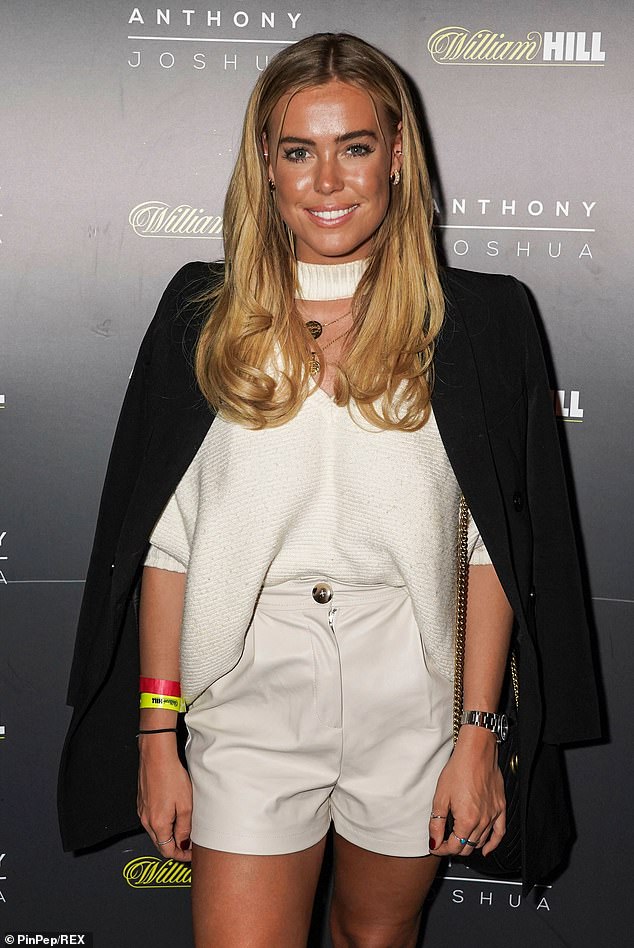 Champ: Tiffany was joined by TOWIE's Chloe Meadows and they watched AJ beat his opponent

Tiffany, 26, looked effortlessly chic as she donned a smart blazer with the sleeves rolled up.

The younger sister of Lucy Watson wore a low-cut salmon pink sheer top underneath and added blue jeans with over-sized pockets to the ensemble.

She let her blonde tresses bounce around her shoulders as she complemented her pretty features with a smattering of foundation and a light tint of blusher on her cheeks. 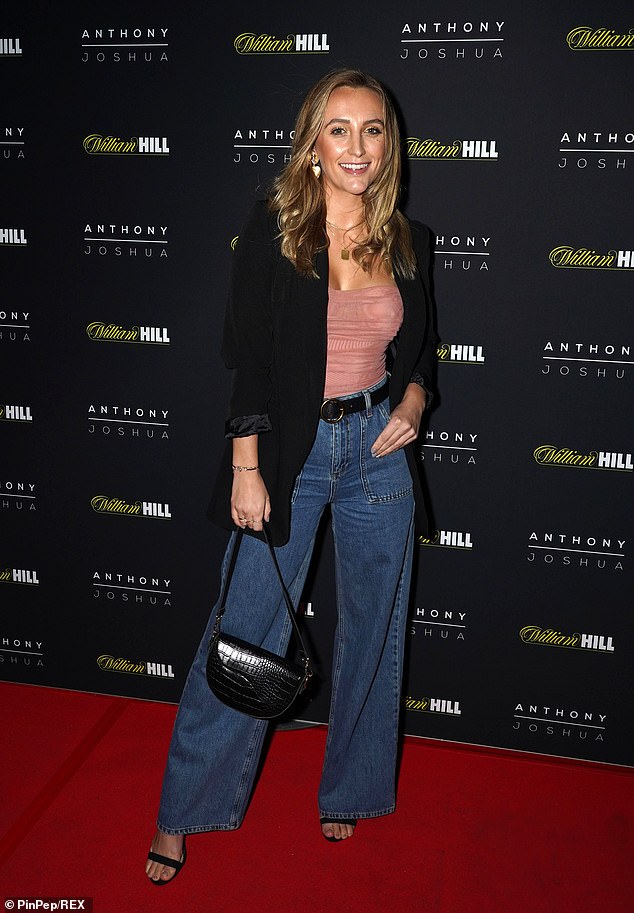 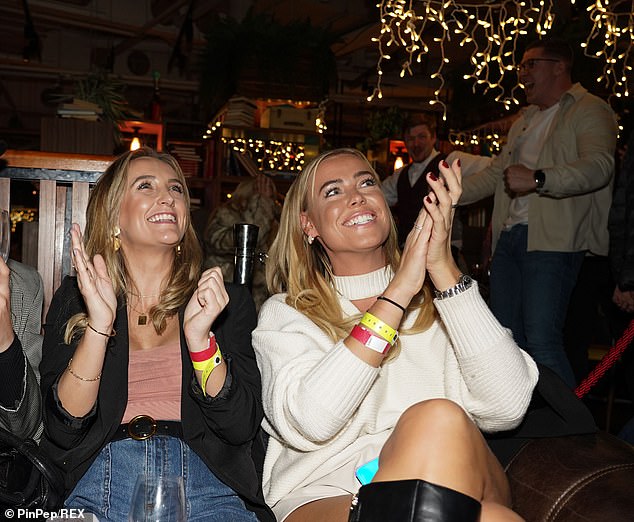 sport news Wilfried Zaha shows off his new look after getting rid of his trademark ...