Georgia Love was a local WIN News reporter before achieving national fame as The Bachelorette in 2016.

But the 31-year-old has left reality television behind and returned to her first love: broadcast journalism.

On Tuesday, the anchorwoman delivered a report on 10 News First about the devastating Australian bushfires. 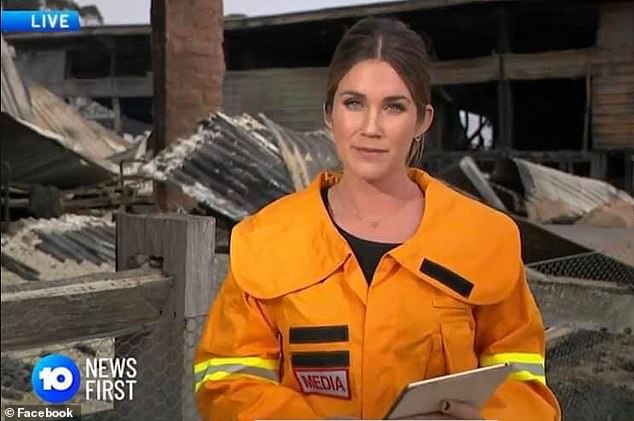 Bachelorette fans spotted the segment and were quick to share photos from the report all over social media.

Since her stint on reality television, Georgia has transitioned into somewhat of a jack of all trades position at Channel 10.

The brunette bounces between appearances on 10 News First and the panel show, Studio 10. 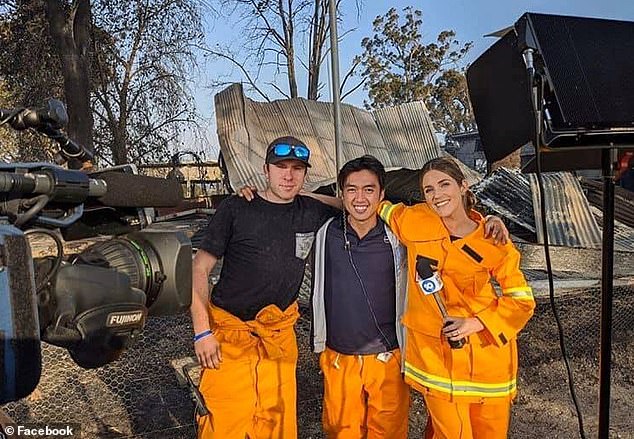 All smiles: The 31-year-old smiled for a photo in front of a shed that had been burned down

She also has a thriving social media career, boasting almost 230,00 followers and endorsement deals with brands like Palmer's Australia.

Georgia's live cross on 10 News First from Melbourne's Chadstone Shopping Centre was rudely interrupted last week when a shopper walked through the shot.

While the man passed through the frame quickly, he stared down the camera and