After spending their day shopping in downtown Aspen, Colorado, Scott Disick and Sofia Richie opted for a low-key evening out.

The reality star, 36, and the Instagram influencer, 21, stepped out with his two kids Mason, 10, and Penelope, aged seven, on New Year's Eve for a night of fun.

As Scott held hands with his daughter, Sofia made Aspen her runway while rocking a slimming black number while out with the family. 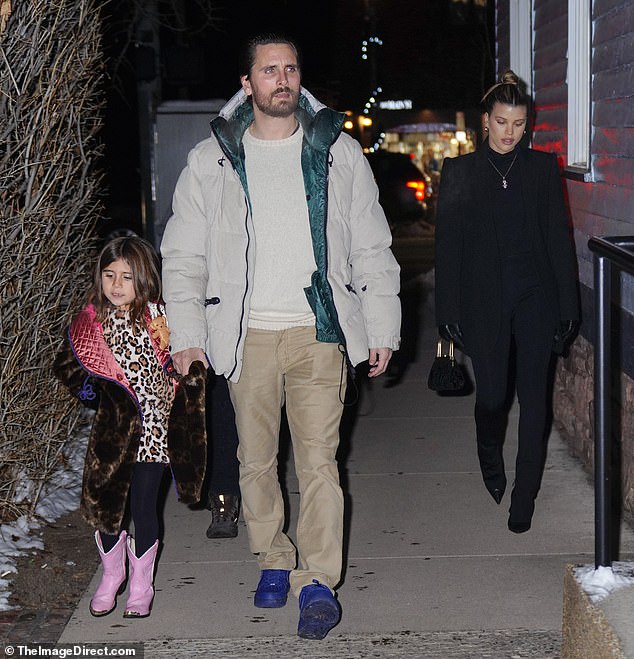 Time to celebrate: Scott Disick and Sofia Richie stepped out with his two kids Mason and Penelope on New Year's Eve for a night of fun in Aspen, Colorado

The best friend to Kylie Jenner had her hair pulled back in a sleek knotted bun while rocking minimal makeup for the occasion.

She sported a long blazer jacket despite the freezing temperatures and wore a pair of high-waisted black pants.

Her much-older beau wore a light gray puffer jacket that had a teal lining on the inside with a pair of simple khaki pants. 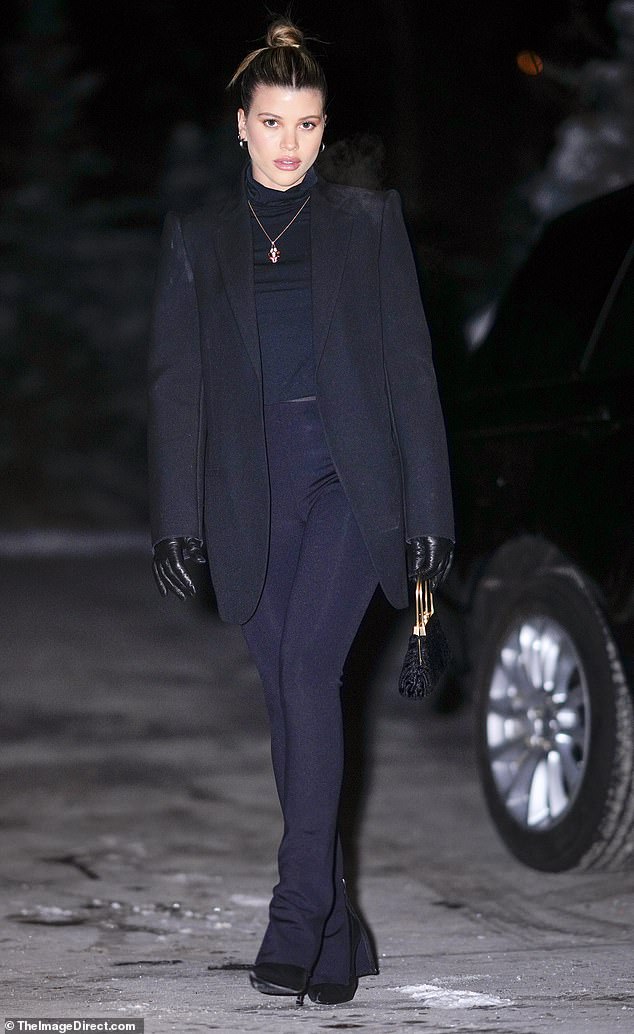 PREV I'm A Celeb: Charlotte Crosby slams ex-boyfriend Joshua Ritchie as she ...
NEXT Sofia Richie and Scott Disick bundle up for some shopping in Aspen