Australian singer Jack Vidgen gave an astonishing performance on America's Got Talent: The Champions which earned him praise from the star-studded panel.

Following his stirring rendition of Lauren Daigle's You Say on Monday, supermodel judge Heidi Klum couldn't contain her excitement as she jumped from her seat to give the 22-year-old a standing ovation.

Even the show's toughest critic Simon Cowell gave the singer high praise and declared his voice was 'extraordinary'. 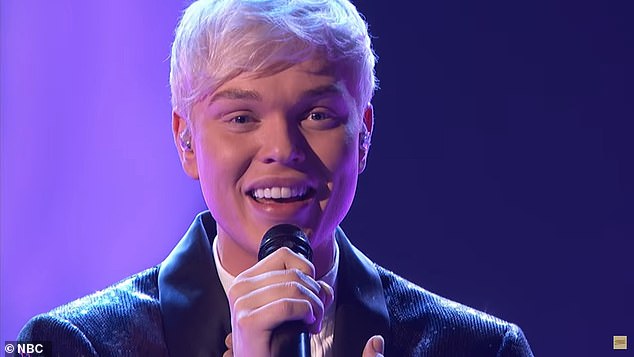 Standing ovation: On Monday, Jack Vidgen (pictured) took to the stage to sing Lauren Daigle's hit You Say on America's Got Talent: The Champions

However, in a video posted to

, Simon is seen telling Jack he thought his song choice was too safe.

'I think you have an extraordinary voice but that was way too safe,' Simon told the Sydney singer.

'I think you are way, way better than that, so I'm hoping the super fans vote you through to the next round because there's way more to come

PREV Cara Santana gets a special delivery from best friend Stephanie Shepherd after ...
NEXT Sofia Richie and Scott Disick bundle up for some shopping in Aspen