'I think that's how they got her to sign up!': Adele Roberts reveals Caitlyn Jenner 'mixed her up with the real Adele' before they met on I'm A Celeb

They became pals after braving the Australian jungle together on I'm A Celebrity... Get Me Out Of Here! late last year.

And Adele Roberts, 40, has now revealed how her campmate Caitlyn Jenner, 70, hilariously mixed her up with international superstar Adele, 31, before signing up to the ITV reality show.

Speaking on Radio 1 on Tuesday, the DJ told Greg James she thinks the confusion is how producers persuaded Caitlyn to agree to a stint in the Australian jungle. 'She mixed me up!': Adele Roberts, 40, has now revealed how her campmate Caitlyn Jenner, 70, hilariously thought she was the singer Adele, 31, before they met on I'm A Celeb

Adele could not stop laughing as she explained how Caitlyn 'mixed me up with the real Adele'.

She said: 'I think they [producers] got her [Caitlyn] to sign up for I'm A Celebrity by saying that Adele was on the line up.

'And she was expecting the real Adele, I'm not even kidding, I swear to you. I don't know if they did that on purpose.'

Greg was also in fits of laughter as Adele told her hilarious story, cheekily replying that the producers 'definitely did' as the pair giggled together. 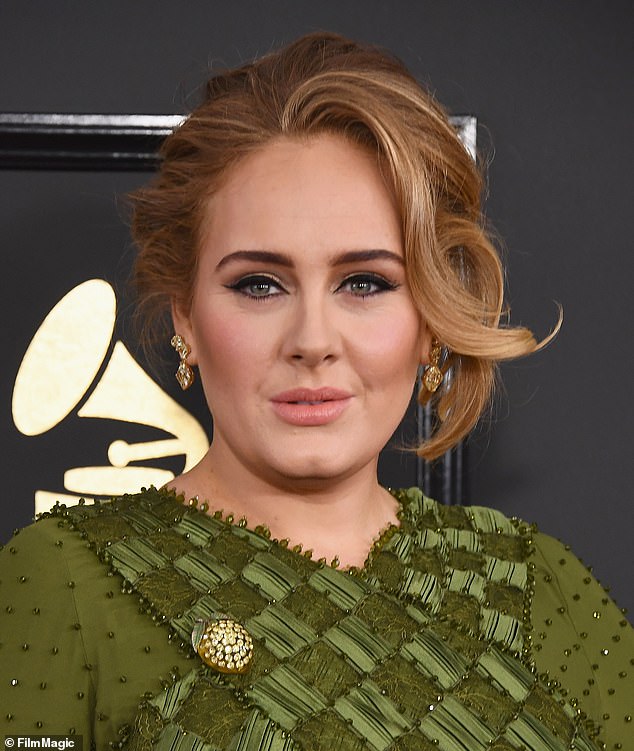 'The real Adele': The DJ could not stop laughing as she joked producers got Caitlyn to sign up for I'm A Celeb by saying Adele the singer (pictured in 2017) was on the

PREV EXCLUSIVE Love Island twins Eve and Jess Gale look unrecognisable as redheaded ...
NEXT Sofia Richie and Scott Disick bundle up for some shopping in Aspen