Salma Hayek, 53, exudes elegance in mustard shirt dress with racy knee-high boots as she steps out in NYC

She put on a show-stopping display in Gucci at the Golden Globes on Sunday night.

And despite the quick turnaround, Salma Hayek put on an equally glamorous display as she arrived at Good Morning America in New York City on Tuesday.

The Frida actress, 53, exuded sophistication in a mustard yellow dress which had brown buttons down the front and a brown belt around her waist. 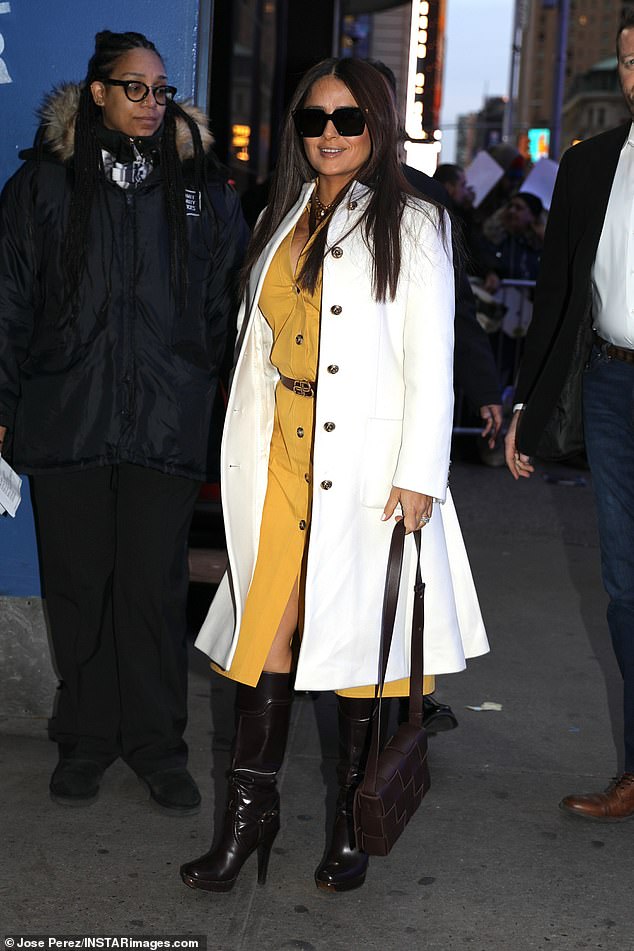 Chic: Salma Hayek, 53, exuded sophistication in a mustard yellow dress and white coat as she arrived at Good Morning America in New York City on Tuesday

Salma paired her shirt dress with a chic white coat which had shoulder-pads and long sleeves as well as donning a pair of black leather boots.

Keeping a touch of LA glamour to the glamorous look, she wore a pair of large black sunglasses and toted a small brown leather handbag.

The Beauty completed her look by wearing her sleek locks down and straight and wearing a slick of make-up including a pretty nude lipstick.

On Monday night, Salma flew to New York after a glamorous night at the 77th annual Golden Globes in Los Angeles.

fashion: The actress looked fantastic in a long white coat which boasted shoulder pads and buttons on the front 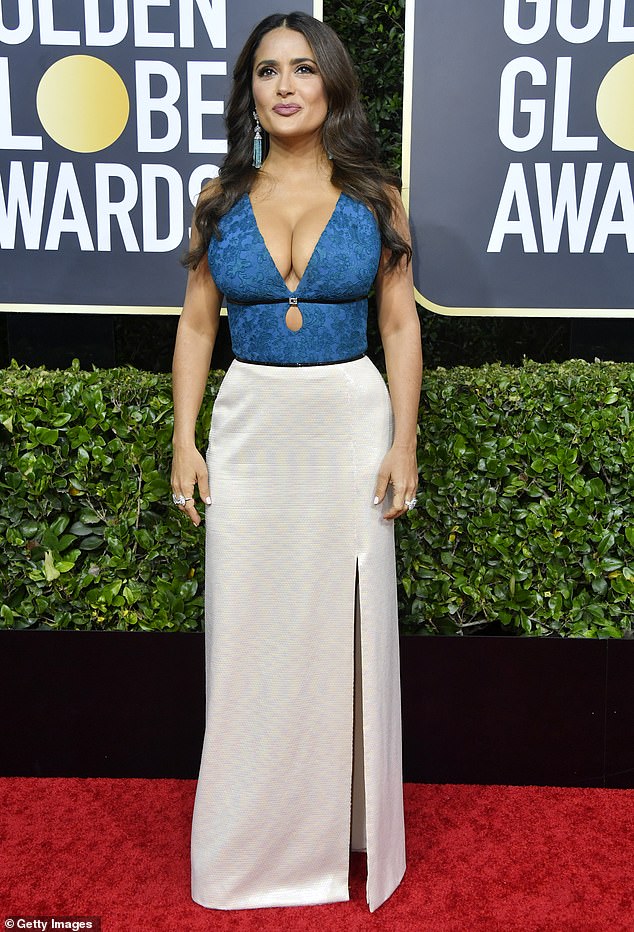 Bombshell: All eyes were on the Mexican-American Beauty

PREV Taylor Swift talks derogatory comments that caused her struggle with eating ...
NEXT Sofia Richie and Scott Disick bundle up for some shopping in Aspen