The actress, 45, showcased her growing torso during a very loved-up outing in New York with her gallery director beau Sinisa Mackovic, who she is expecting her first child with.

The parents-to-be looked as happy as can be as Sinisa lovingly stroked Chloe's bump during a winter stroll on Monday. 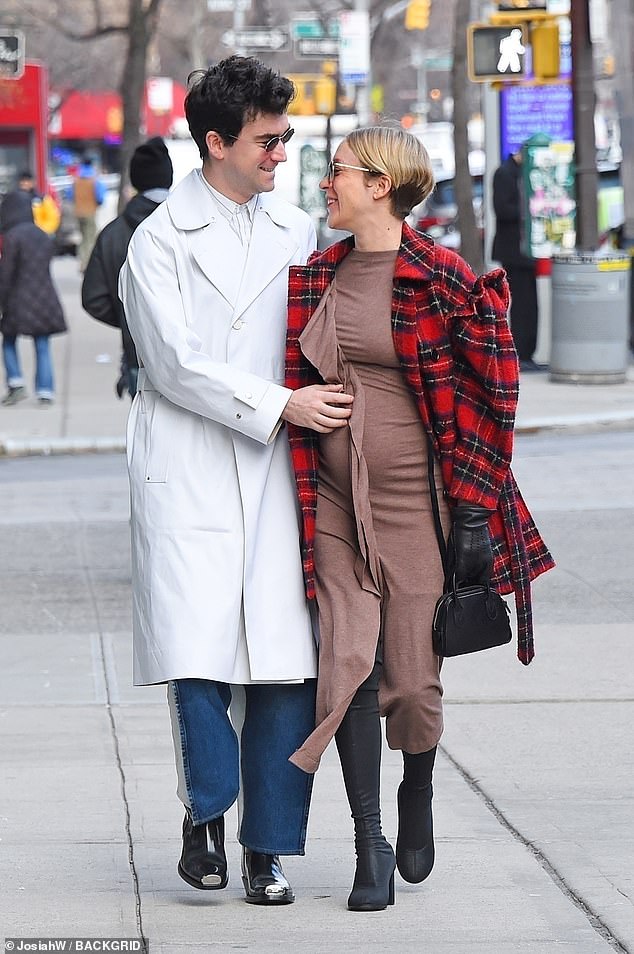 Chloe's bump was put on full display inside her fitted mocha dress, which clung to her midsection.

Sinisa lovely caressed her torso whilst wrapping an arm around her shoulders.

The couple, who have been dating for over a year, could not take their eyes or hands off each other while braving the Big Apple chill together.

Chloe was layered up in a flannel coat, knee-high boots and leather gloves while her love wore a white trench with baggy jeans. 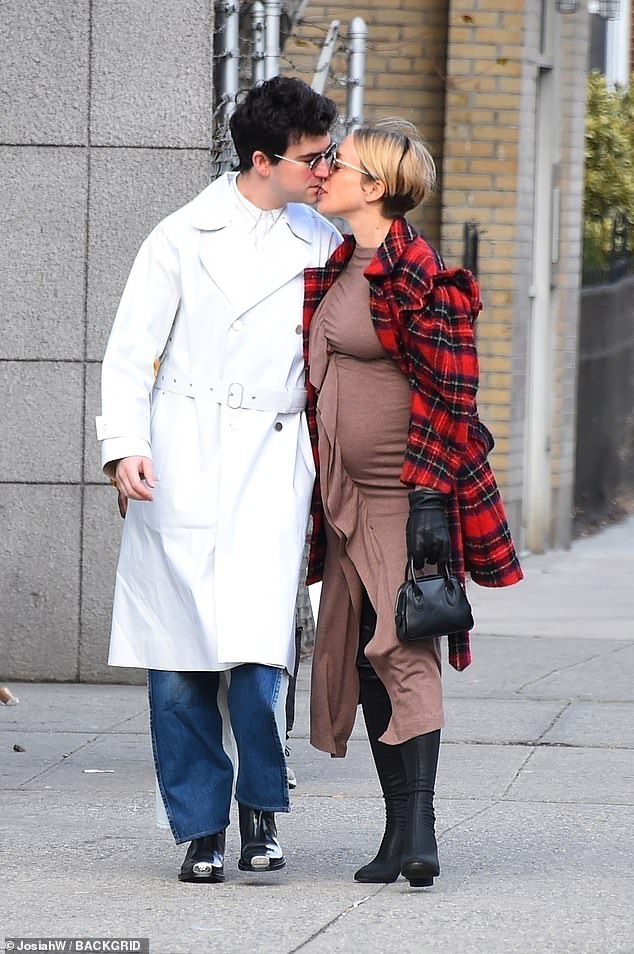 Hugs and kisses: The couple shared a smooch mid-stroll

Eyes only for you: The parents-to-be could hardly take their eyes or hands off each other 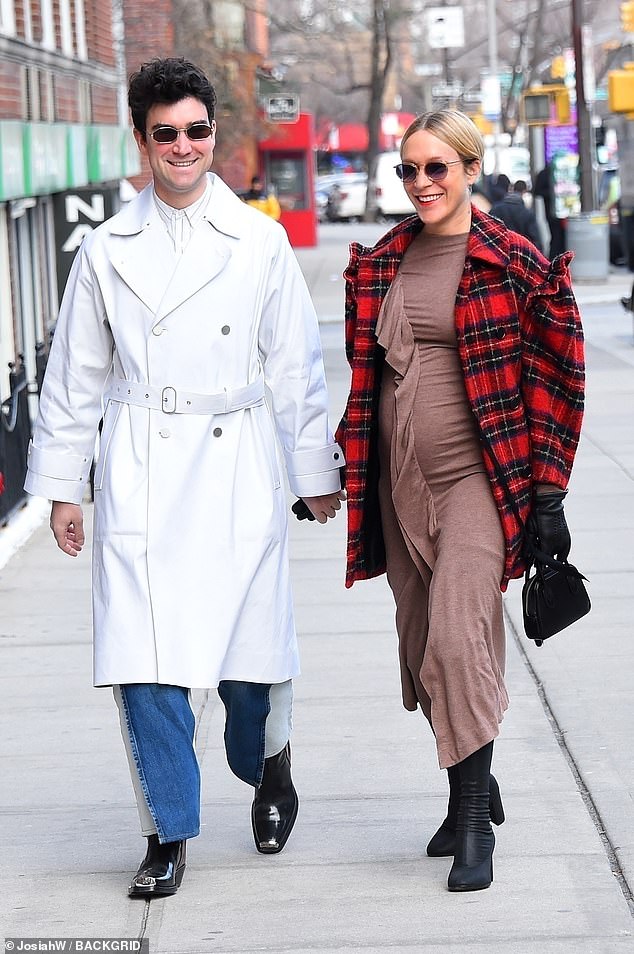 So in love: The Kids actress affectionately held hands with her stylish beau

The couple gazed adoringly at each other through the lens of their stylish shades.

Chloe has not yet announced her baby news on social media, but is around five months into her pregnancy, according to TMZ.

A representative for the actress confirmed the pregnancy to People.

Chloe also hinted at pregnancy when she discussed how grateful she had been for a 'fruitful' year. 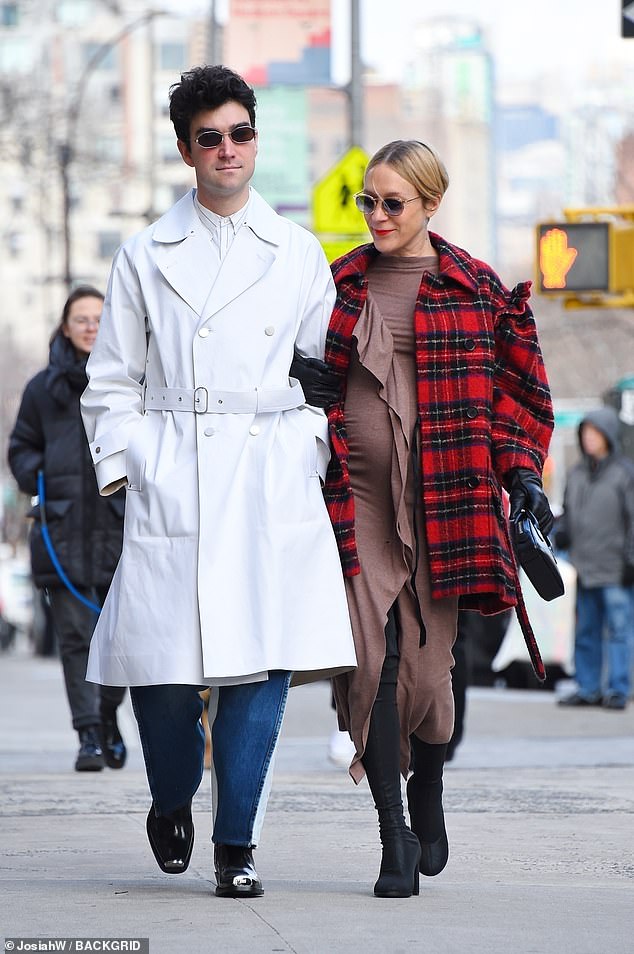 Baby love! A representative for the actress confirmed the pregnancy to People 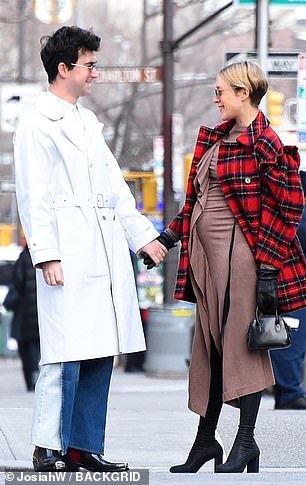 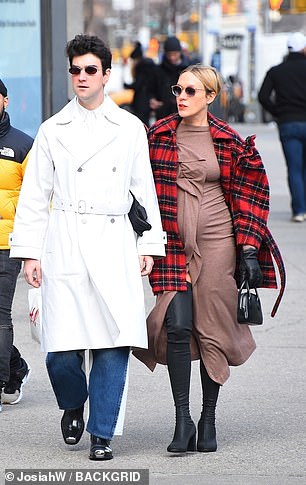 Just look at you! The couple gazed at each other during a pause in their winter stroll 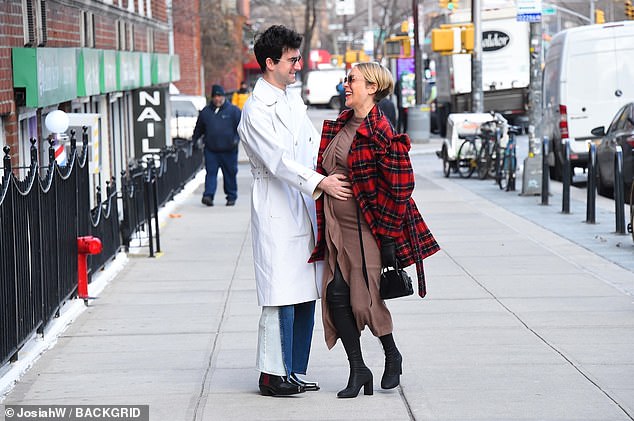 On Friday, Chloe shared a post that read: 'So much gratitude for such a fruitful year, much love and many thanks to all my friends and collaborators'.

Chloe and Sinisa - the director of Karma Art Gallery in New York - were first pictured in August.

PREV Jennifer Lopez's Hustlers inspiration Samantha Barbash is suing the movie ...
NEXT Sofia Richie and Scott Disick bundle up for some shopping in Aspen